Ahead of the 10th anniversary of its opening early next year, the owner and manager of the upscale Mercato retail and office complex in North Naples are bringing in a half-dozen new tenants and making capital improvements aimed at keeping the complex fresh and inviting.

In addition to the new retailers, owner Prudential Real Estate Investors and manager Madison Marquette are upgrading the center’s common areas with new seating, enhanced valet areas for customers and the installation of a Wi-Fi network and outdoor music speakers throughout Mercato.

Prudential and Madison Marquette also are adding a “selfie wall” for visitor photos and improving the center’s popular “event lawn” across from anchor Silverspot Cinema with new turf, shade areas and games.

“The new retailers and common area improvements announced today will further enhance the customer experience at Mercato and strengthen its already stellar reputation as the ‘living room of Naples,’” says Bill Coleman, a Madison Marquette vice president, in a mid-September statement.

Neither Coleman nor anyone else connected to Mercato was available to be interviewed about the improvements or new merchants by telephone earlier this month.

The cache of new retailers and capital improvements mark the first significant investment in, and changes to, Mercato since Prudential acquired the property in May 2015 for $239.6 million from developers Lutgert Cos. and Barron Collier Co., both of Naples.

The sale represented the largest commercial real estate transaction involving a single property from Tampa to Naples that year, and still ranks as the highest price paid for a lone asset throughout the Gulf Coast in the past four years.

Hampton Social’s 8,400 square feet, for instance, had been occupied by upscale seafood restaurant chain McCormick & Schmick’s. Rocco’s Tacos will take over space that once housed Masa.

In all, Mercato contains about 315,000 square feet of retail space, split between more than a dozen restaurants and 20 shops.

“Mercato seems so new and so fresh even today, despite being open for 10 years, because it’s been so well maintained, first by its developers and now by its new owner,” says Dannielle Robinson, a senior associate, retail services and tenant representation agent with commercial real estate firm Colliers International Tampa Bay, Central and Southwest Florida.

“People often think of nightlife when they think of Mercato, because of the abundance of good restaurants there and the movie theater, of course, but a large part of its success, I think, has been its ability to maintain daylife traffic, and that’s the result of having a phenomenal tenant mix,” Robinson adds.

She adds that Mercato’s North Naples location has also played a role, because it is central to much of the Southwest Florida market, drawing patrons from Naples, Fort Myers, Estero, Bonita Springs and Cape Coral.

“It’s certainly a gathering place for the entire area, one that’s very collaborative in terms of tenants, and it’s been well thought out in its improvements,” she says.

“The selfie wall they’re adding is a great idea, one that will generate interest and memories for visitors from out of town, and it speaks to the role technology is playing in our lifestyles these days.”

At the same time, though, Robinson notes the caliber of Mercato’s tenants — many of which are unique to the Naples market — have brought an exclusivity to the center that other properties lack.

“They need to maintain that exclusivity going forward, and I think they will,” she says. “Mercato wouldn’t be what it is today without that.” 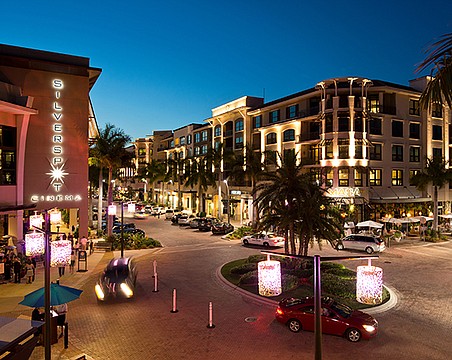 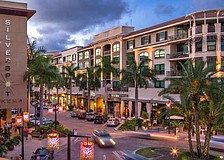 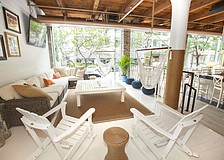 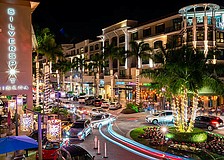 Interest in Mercato is magnificent