Have you heard the one about what happened when a professor, a land guy and an elected official all got together?

And while Coldwell Banker Commercial Saunders Ralston Dantzler has benefitted from the logistics industry’s discovery of Central Florida as a premier distribution hub in the seven-plus years since it was formed, the firm’s principal’s and agents have also honed their individual skill sets into a collective strength.

“We understand the drivers of the real estate market and the economy here,” says Gary Ralston, 67, the self-described “professor” of the company and one of three principals of the firm, together with Dean Saunders and R. Todd Dantzler.

Chief among those drivers is Polk County’s location, which has made it a distribution mecca for companies like Amazon, Wal-Mart Stores, Publix Super Markets Inc., O’Reilly Auto Parts and others.

Ralston notes that distributors can reach nearly 21 million residents and more than eight million households within a five-hour drive — a critical factor for retailers interested in bringing goods to market in the shortest period of time possible.

At the same time, Florida’s place as the nation’s third-most populous state and one of its fastest growing has also pushed distributors to seek locations along the Interstate 4 corridor, between Tampa and Orlando.

So has Florida’s growing population, which is 2.2 times that of the U.S. as a whole. The Sunshine State also ranks fourth in employment growth over the past several years, CBC Saunders Ralston Dantzler data shows.

The influx of business in Central Florida is having a positive impact on Polk County, too. Ralston contends the county’s population could reach 750,000 in 2020 if current projections hold, up from 603,135 in 2010.

“We’re not going to change the fact that nearly one thousand people a day move into Florida,” says Saunders, 58, an eighth-generation Floridian who runs the affiliate Coldwell Banker Commercial Saunders Real Estate, which specializes in land sales.

“When I started in real estate, the state’s population was eight million. Today, it’s more than 20 million. And at the same time, because of citrus greening and other factors, Central Florida agriculture and citrus are in transition. I’ve always seen my role as being someone who could maybe help land owners in selling, buying or diversifying their land holdings.”

To do that, Saunders, Ralston and Dantzler rely heavily on information and education.

Each of the partners, for instance, has been designated a Certified Commercial Investment Member (CCIM), one of the most prestigious delineations in the commercial real estate business that requires considerable classwork and industry experience.

The company also leans on an extensive, customized database for every parcel of land in Polk County, with such granular information as soil data and  hydrology along with more traditional material such as owner’s name and dates of purchase.

“We’re in a service industry at the end of the day, and as such, you need to meet your clients’ needs and goals and draw as many distinctions as possible to your competition, and being educated is one of those distinctions,” says Saunders, a former state legislator who also has served as chair of the Florida Real Estate Commission, the body that oversees real estate agents and sets policy.

“But these days, we know everyone has data. It’s how you understand the applicability of the data that matters. That’s hopefully what we do better.”

Dantzler, 58, who has also served on the Polk County Board of County Commissioners for the past eight years, following in his father’s footsteps — he was mayor of Winter Haven in the 1960s — takes the benefit of the comprehensive data a step further.

“We’re here to create and make a difference, and part of the way we can do that is by understanding land use and how people make decisions regarding it,” says Dantzler, who first began working brokerage with Saunders, a friend in college, in 2009.

“We’re in a service industry at the end of the day, and as such, you need to meet your clients’ needs and goals and draw as many distinctions as possible to your competition, and being educated is one of those distinctions.” — Dean Saunders

And while his term as a commissioner ends this month, Dantzler will continue to have plenty of chances to understand land use as the recently installed chairman of the Central Florida Development Council, Polk’s economic development council.

As chair, Dantzler hopes to gain support for a research park along the Interstate 4 corridor.

But while much of their practice is focused on property, Ralston insists there’s an even higher priority to what they do.

“Real estate is little more than space for people,” he says. “If you don’t know people, then you can’t get much out of real estate. We’re pretty obsessive when it comes to understanding people.”

The mantra has certainly aided the Lakeland-based firm’s 26 agents and 11 support staff. In the third quarter of this year, CBC Saunders Ralston Dantzler notched roughly $10 million in completed sales and lease transactions, bringing to $29.75 million the firm’s total transactional volume for 2018.

At least some of the success, though, can be attributed to Polk County’s emergence as a distribution hub for the entire region.

“We always felt that Central Florida would someday be a hot market because of its location, but what has changed is that nowadays people build 1 million-square-foot distribution centers,” Dantzler says. “That never used to be a thing.”

Although the growth has been rewarding and prompted the firm’s principals to consider expanding further into Lake County or to nearby Pasco or Sumter counties in time, each feels the challenge to remain relevant amid fast-moving technology. 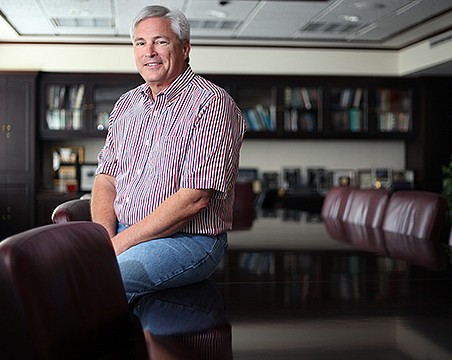 Prominent broker elected to national board

CBC Saunders to host I-4 event 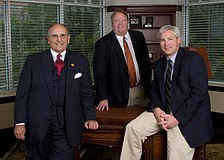