Personal injury lawsuits against tobacco companies, 1990s relics in most states, are alive and well in Florida.

At least a pair of Jacksonville attorneys believes so. They sued multiple big tobacco companies in 2008 on behalf of some 3,700 allegedly wronged smokers.

One colossal problem: A panel of federal judges found the attorneys, Norwood Wilner and Charlie Farah, failed to obtain authorizations from a large swath of their so-called clients. The attorneys, claimed the judges, showed a “reckless disregard for their profession's ethical duties” because they essentially had no idea what the medical status was of hundreds of people they claimed to represent.

For starters, dozens of would-be clients, it turns out, weren't smokers, the report alleges. On another 521 clients, authorization would have been impossible, considering they all died a year or more before the personal-injury claims were filed on their behalf — and not necessarily from a smoking-related ailment. Some were dead for more than 20 years, the judges contend.

Then there were 66 people, according to the 148-page federal ruling handed down in October 2017, named as wrongful-death clients. The problem? Those 66 people not only hadn't authorized the wrongful-death lawsuits, they weren't even dead.

(Wilner and Farah, with The Wilner Firm and Farah & Farah, respectively, face $9.2 million in sanctions per the four-judge federal ruling. Both attorneys have appealed the decision. Their lawyer, Daniel Bean of Holland & Knight's Jacksonville office, tells the Business Observer the pair upheld standard legal professional responsibility in pursuing, and preserving, the tobacco cases. “At no time did they act in bad faith,” says Bean. “If they really wanted to game the system, they could have filed thousands of more claims.”)

The example of alleged tobacco lawsuit abuse, while alarming, is a small part of a large legal catastrophe that plagues Florida, according to the American Tort Reform Association. That's because the state, with what the organization calls a state Supreme Court run amok and sometimes willing legislators, has created an environment where lawsuit abuse thrives. That's why the Sunshine State, the ATRA believes, is the No. 1 judicial hellhole in the country.

The ATRA and its foundation, based in Washington, D.C., have published an exhaustive study annually since 2002 that documents civil justice abuses in states, cities, counties and specific courts nationwide. The 2017 report, released in December, is the first time Florida grabbed the dubious No. 1 worst judicial hellhole position.

“An aggressive personal injury bar's fraudulent and abusive practices in South Florida and elsewhere have tarnished the state,” the report states. “Encouragingly, at least some plaintiffs' lawyers who've crossed the line are being held accountable, either with stiff court sanctions or criminal prosecutions. But too many are still getting away with too much.”

The consequences of the activities and abuses detailed in the report, ATRA President Sherman “Tiger” Joyce says in a Business Observer interview, aren't limited to the courts and attorneys.

“Florida's legal climate is hostile to businesses. There's no other way to put it,” Joyce says. “The legal system isn't the sole determinant of what makes a state pro or not pro-business, but anybody who thinks this isn't an important contributing factor is foolish.”

Florida Chamber of Commerce President and CEO Mark Wilson agrees with Joyce — particularly when it comes to the damage lawsuit abuse does to business communities statewide. He adds Florida's standing (or lack thereof) in the national legal community is a highly discussed topic among his staff, the chamber's board and executives. Says Wilson: “This is a black eye and black cloud that sits over Florida.”

On the flip side, Florida's Judicial Hellhole ranking might be a case of a lot of smoke but little fire, say several lawyers.

He adds that while Miami-Dade and Broward counties might have some headline grabbing jury verdicts and attorney abuses, the rest of the state isn't like that. “Juries aren't out there going willy-nilly to give money to people for whiplash,” says Goldberg. “It's actually a very conservative state.”

Chene Thompson, a partner with Pavese Law Firm in Fort Myers and a former white-collar and organized-crime prosecutor with the state attorney general's office, likewise says the report paints an incomplete picture. “Just like there a few bad people in every profession, you are going to get attorneys that don't hit the mark,” Thompson says. “This (report) doesn't represent the entire bar.”

The Florida Bar referred questions on the report to the Florida Justice Association, formerly the Academy of Florida Trial Lawyers. Through a Feb. 27 email, longtime Florida lobbyist Ryan Banfill, now communications director at the FJA, declined to comment on the report. “We're knee deep in the Legislative Session at the moment,” Banfill writes, “and that so-called study (bogus) was so long ago.”

Beyond the back and forth of opinions on the report, and Florida's hellacious score in it, lies some significant data.

Take the Americans with Disabilities Act, landmark legislation passed in 1990. Outside of Florida and California, must of the country skips ADA claims.

But with 1,663 lawsuits, Florida lawyers filed 25% of ADA cases nationwide in 2016, according to an analysis from global business law firm Seyfarth Shaw cited by the Hellhole survey. California, with 2,468 ADA lawsuits, led the nation.

The ATRA Foundation, following a late 2016 report from Anderson Cooper on CBS News' 60 Minutes, calls many of the Florida ADA filings drive-by lawsuits. In those lawsuits, the report states “a group of lawyers and serial plaintiffs sue businesses for minor technical violations of accessibility regulations, such as fading paint on a handicap parking space or a fractionally imprecise angle of a wheelchair ramp.”

The Foundation's report also quoted Forbes magazine on the practice, which called it “an extortion scheme [that] is now a perfected business plan executed by unethical attorneys.”

A significant portion of the drive-by ADA lawsuit activity happens in South Florida, in Broward, Palm Beach and Miami-Dade counties, the report states — at a rate of up to 20 a day. One attorney, George Cohan, allegedly filed more than 1,100 ADA claims against local Florida businesses between 2012 and 2016. “One such lawsuit took aim at an art supply shop in West Palm Beach,” states the Hellhole report, “alleging a toilet paper dispenser was not at the exactly correct height.

Thompson, with Pavese Law Firm in Fort Myers, has defended several clients in Southwest Florida against what she calls obvious ADA abuse lawsuits. “Those lawsuits are really out of control in Florida,” says Thompson, who maintains the report, in its entirety, doesn't accurately reflect Florida's legal climate.

The American Tort Reform's Hellhole report documents other alleged abuses of the courts. Fraud is rampant in personal injury protection (PIP) and Assignment of Benefit (AOB) cases, the report contends.

On the latter, AOB, several attempts at legislative reform have failed. The report cites a March 2017 editorial in the Wall Street Journal that says Florida “state courts have turned a blind eye to (AOB) abuse.”

“Insurance costs are predictably soaring,” the editorial states, even as “legislative fixes have been thwarted in recent years by the state's powerful plaintiffs-lawyer lobby.”

In a follow-up letter to the editor cited in the Hellhole report, Matthew Fullenbaum, director of legislation at the ATRA, called out two lawmakers in particular: “Sunshine State voters should be reminded that two key state Republicans, Speaker of the House Richard Corcoran and Senate President Joe Negron, are currently running obedient interference for the powerful plaintiffs' bar.”

An official with Corcoran's office didn't respond to multiple texts, emails and calls for comment. Calls to Negron's office weren't returned. Both Corcoran, R-Land O'Lakes, and Negron, R-Stuart, are lawyers. The Florida Justice Association, which represents trial attorneys statewide and decried the Hellhole report, has supported Corcoran and Negron in past elections.

While a chunk of the Hellhole report focuses on the lawyers, judges across the state played a big part in the rankings.

The report, for instance, kicks off with this: “The Florida Supreme Court's liability-expanding decisions and barely contained contempt for the lawmaking authority of legislators and the governor has repeatedly led to its inclusion in this report. And though the high court's plaintiff-friendly majority this year shrunk from 5-2 to 4-3, a hushed discussion between two majority justices recently caught by an open microphone suggests that this majority is as partisan as ever and brazenly determined to (influence) the judicial selection process when three colleagues face mandatory retirement in early 2019.”

The ATRA's Joyce says reform within the courts is a must-do for Florida to improve its score in the report. That needs to happen simultaneously with legislative reform, he adds.

An attorney who once worked on Capitol Hill, Joyce recalls West Virginia was once a No. 1 ATRA Foundation Judicial Hellhole. But state officials and business leaders, in both political parties, came to common ground on reform, he says. The state no longer makes the list. Joyce says that can happen with Florida, too.

“We hope people read this and want to address the issues,” Joyce says. “This isn't the way the system is supposed to work.”

The American Tort Reform Association Foundation's 2017 Judicial Hellhole report isn't all about the worst of the worst in judicial abuse across the country. The report also includes points of light, what it calls examples of fair and balanced judicial decisions adhering to the rule of law; positive legislative reforms; and other encouraging developments. The report's point of lights include: 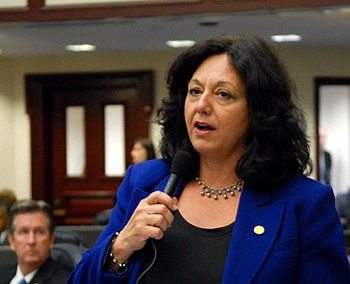 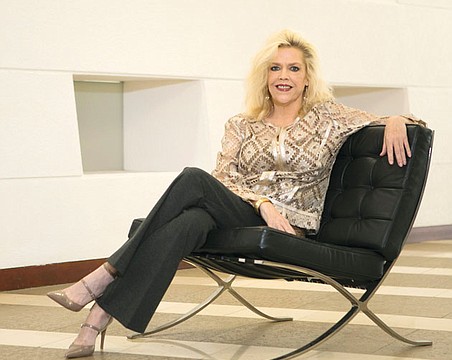 Florida: The state that loves lawsuits