Many small-town law firms must eventually decide whether to grow, shrink, merge or disappear.

Neither shrinking, merging nor disappearing appealed to the principals at Punta Gorda's Farr Law Firm — not after 94 years as a real estate, estate planning and civil law mainstay in Charlotte County. That led to growth, north to Sarasota County.

But it's not “growth plans for the sake of growth,” says David Holmes, a Charlotte County native who became president of the firm, headquartered at 99 Nesbitt St., after the 2010 death of Earl Drayton Farr Jr., son of founder Earl D. Farr. Officially named Farr, Farr, Emerich, Hackett, Carr & Holmes, it's the oldest law firm in Charlotte County.

The firm branched into Englewood years back and three years ago consolidated that office with a new one on Venice's Woodmere Park Boulevard. The 14-lawyer firm's newest Sarasota expansion came in February, with the opening of a Beneva Road office.

The timing was just right, Holmes says, to increase its presence in a county with more people. “The last two years have been the best two years in the history of the firm in terms of income and profits,” he says, declining to disclose specific figures. “It is a great time to be doing what we're doing.”

The move into Sarasota comes with an emphasis on growing the firm's work with residents and businesses of Palmer Ranch, a fast-growing master-planned community of some 20,000 residents. Like Palmer Ranch itself, the new office has lots of growth potential, says Fletcher Rush, a five-year associate and specialist in wills, trusts and estate planning with the firm. Rush will head the office.

“Lots of rooftops are in that Palmer Ranch area,” he says, with many residents at the stage of life at when they begin to think about estate planning. “We think this is a great market.”

Farr acquired an estate-planning firm in Venice a few years ago, and in part of a burgeoning trend among small and mid-size law firms, regularly gets inquiries about possible other “affiliations or combinations,” Holmes says. Yet Holmes says “given our priorities ... a large-scale combination seems unlikely.”

Merger pressures aren't the only source of concern for a small-town firm easing its way into a regional presence, says Kevin Johnson, former chair of the Florida Bar's Solo & Small Firm Section. One other challenge: spreading too thin and falling behind larger firms that have more specialized attorneys.

At some point, says Johnson, a principal at the seven-attorney Tampa employment law firm Johnson Jackson, a firm must ask itself: “Are you going to be able to attract the type of lawyers you will need to sustain a larger firm?”

Holmes says he thought that over before going into Sarasota and is confident a “great run” of finding talent has answered the question. “A few years ago, there were things that kept me up all night,” he says, “but no more because of the young attorneys.”

The young lawyers are joined by a handful of senior ones, Holmes says of the firm's nine partners and five associates. “We bring a lot of expertise to the task,” Holmes says.

He notes the firm had the heft to become lead counsel for Allegiant Travel's massive Sunseeker Resorts project in Port Charlotte. “We've been around a long time,” he says. “People naturally gravitate to us.”

The boom went bust, but Farr stayed on in the Peace River harbor town. He brought son Earl Drayton Farr Jr. into the firm in the 1950s. Together, they put their 85-year stamp on civil law in Charlotte County.

The booms and busts Earl Farr and other leaders of the firm saw over the years account for some of its strength today. “We've been through the cycle a few times,” Holmes says. “We have helped people maximize the booms and avoid the pain of the busts.” 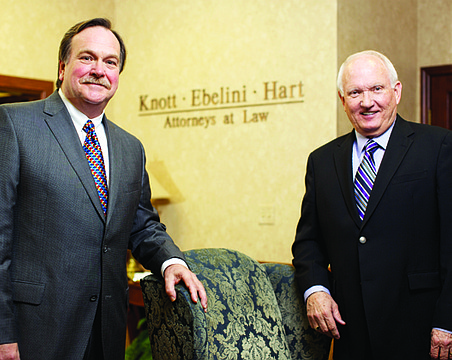 Back to the boutique 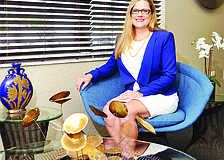 Hizzoner goes back to the future 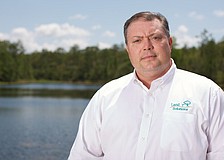 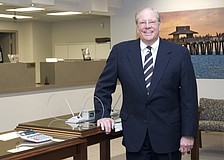