Developer believed back in the early 2000s that the district would thrive. It's been proven right.

The then newly formed Mercury Advisors took a big gamble when it acquired property in Tampa’s Channel District some 15 years ago.

At the time, the area was a seedy collection of industrial buildings, tattoo parlors and low-rent bars.

But Mercury Advisors’ partners Ken Stoltenberg and Frank Bombeeck, who worked together for investment firm Euro American Advisors Inc. from 1999 to 2003, believed planned infrastructure would ultimately transform the district and become an extension of the city’s downtown.

In the years since, Stoltenberg and Bombeeck have been proven right, and redevelopment has replaced the district’s industrial patina with new residences, restaurants and other businesses.

“When we first began examining the Channel area, it was little more than a blighted industrial zone, a series of seedy bars and strip joints, a trifecta of noxious uses,” says Ken Stoltenberg, who co-founded Mercury Advisors in 2003.

“But we saw the potential there, in large part because it was adjacent to downtown, and we believed the entire area was poised for growth.”

It also worked in Mercury Advisors’ favor that few developers wanted outside of Tampa’s central business district wanted to touch urban development. Most chose relative greenfields in the then-burgeoning Westshore business district in the suburbs.

“A lot of companies simply didn’t do infill development at that time, back in 2003 and 2004, but we saw it as a logical thing,” says Mercury Advisors co-founder Frank Bombeeck.

Stoltenberg credits another element to Mercury Advisors’ success, one reflected in the company’s name after a god of Roman mythology: Speed.

“When we se an opportunity we move,” he says. “We’re really swashbucklers in that way. We don’t have to dot every “I” or cross every “T” if we see a project that looks enticing to us. We don’t have committees that have to study a project before approving it.

“We know we can’t often compete with some larger firms, especially when it comes to finances, but we know what to do and we know how to do it quickly.”

"We know we can’t often compete with some larger firms, especially when it comes to finances, but we know what to do and we know how to do it quickly.” — Mercury Advisors Ken Stoltenberg

Just as importantly, in Stoltenberg’s eyes, has been Tampa’s leadership, which has championed the city’s rise.

“Tampa is a great place to do business,” Stoltenberg says. “Leadership here understands what’s important, and they respond. And as a result, Tampa has been vibrant for most of the past 20 years. It’s in the mix now among major U.S. markets like Charlotte or Austin, Texas, as it wasn’t before.”

With Bombeeck focusing on accounting, financing and investor relations and Stoltenberg more on the day-to-day development operations, the pair in 2007 delivered the first phase of Grand Central at Kennedy, a $145 million, mixed-use project containing 392 residences, retail space, office condos and parking in a pair of 12- and 14-story buildings.

But while Grand Central’s initial building did well when it was delivered in early 2007, the second ran into the beginnings of the longest economic recession in the U.S. in more than seven decades.

“By the time our second building delivered, the mortgage market had evaporated,” says Stoltenberg.

The loss prompted Mercury Advisors to employ another of the company’s now-stalwart traits: Adaptability.

“When the mortgage market dried up, we went to Plan B,” Stoltenberg says. “We had 200 residential units, and we converted them to rentals, and found there was a real market for that product in Tampa.”

The company also leveraged another component that made the project unique and less reliant on for-sale condos — retail.

“We realized the one thing that Grand Central had that other, similar projects didn’t was retail space,” says Stoltenberg, who prior to Euro American had worked for one of the largest developers of Walmart stores in the nation.

“And that was my background. So we purposely built the retail and office space with more than enough parking over the code requirements to accommodate any of those type of uses, and it worked. Retailers were drawn to it.”

In September 2017, flush with the successful completion of Grand Central, Mercury Advisors began work on the Channel Club next door, a 324-unit apartment project aimed at the city’s growing population of younger and more affluent renters.

The 22-story tower is under construction now and scheduled for completion before the end of the year, according to the company’s website. Like Grand Central, Channel Club will incorporate retail space in the form of a new Publix Super Markets store, and a community park will be developed as part of the overall.

“Apartments are what the financial markets want right now, it’s why so many new projects are rentals,” Stoltenberg says.

But he adds rental apartments will contribute nicely to the mix of residences that Mercury Advisors always envisioned for the area.

“Our whole goal from the beginning was to create a great little neighborhood here,” he says. “And we think that with the apartments, the condos, the retail and offices, and the park we’re well on our way to doing that.”

Furthering the neighborhood concept, Mercury Advisors also is in the planning stages for Eleve61, a proposed 36-story luxury condo tower with just 61 residences also in the Channel District.

Even more than Grand Central or Channel Club, Mercury Advisors hopes to leverage the project’s proximity to the pending $3 billion Water Street Tampa redevelopment; the new University of South Florida Morsani College of Medicine and Heart Institute; the Florida Aquarium; Amalie Arena; a large site being revamped by the Tampa Port Authority and other cultural touchstones.

Stoltenberg notes Mercury Advisors has owned the land where Eleve61 will be constructed for more than a decade.

But while the firm’s success in the Channel District might prompt others to consider expanding geographically or into other sectors, Stoltenberg says Mercury Advisors is content to stay put and remain focused.

“We’re urban infill guys, and we’re Tampa guys,” he says. “Every market is a little bit different, and you have to understand the nuances or you can get in trouble. We have experience here, and we like Tampa.

“And besides, there’s plenty of opportunities here.” 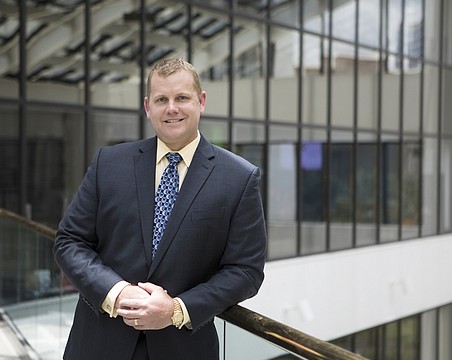 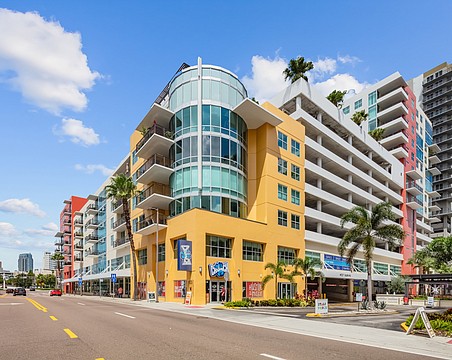 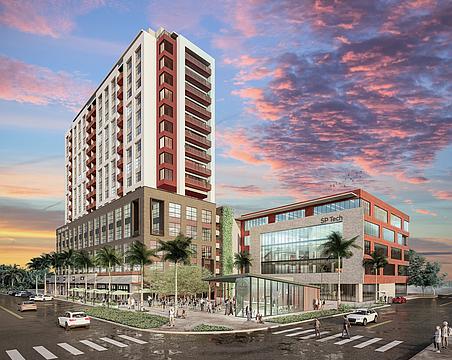 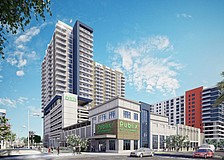 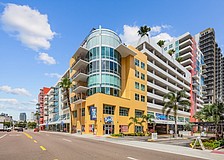 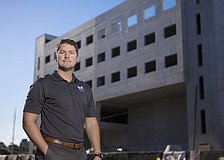 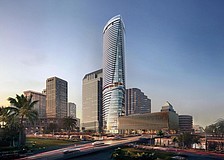