It began with a sketch.

The year was 2014, and Jim Bridges was trying to figure out what to do with the piece of property he owned at U.S. 41 and Fruitville Road in downtown Sarasota.

After scribbling down a few ideas, the Jebco Ventures’ founder eventually settled on plans for a hotel on the site and approached Hilton Hotels Corp., which for years had been trying to put its Embassy Suites flag on a property in Sarasota.

Bridges had never built a hotel before, despite nearly four decades of development experience ranging from shopping centers to condominiums to stand-alone retail. But he knew enough to know he didn’t want to develop a suburban, limited-service hotel on a prominent city corner.

“I saw it as a challenge, because I had never done a hotel before,” says Bridges, 71. “Well, it has been. It’s been the hardest challenge of my entire career. With a hotel, it’s more than real estate — it’s a business. And there are so many moving parts.”

Bridges acknowledges the 18-story hotel is behind schedule, and has been beset by labor and other delays. He’s now planning to have the 180-suite hotel completed in August, and says it will have been worth the wait.

“We expect the Embassy Suites will compete against any hotel in Sarasota, and we think people will be very surprised — especially if they have some preconceived notion of what an Embassy Suites is. I can assure you this will be an unusual property.”

“I’m not worried about oversupply, because I don’t think interest in tourism in Sarasota is going to drop off. Several other hotels have opened, or will, but for me it gets down to barrier to entry. For hotels, especially, there just are not a lot of sites left where one could build a new hotel in downtown Sarasota and have a presence." — Jim Bridges

Bridges notes a restaurant will occupy the $25 million hotel’s eighth floor, a height that will provide views of Sarasota Bay and parts of the city. Meeting space will take up much of the ninth floor of the 204 N. Tamiami Trail property.

“The amount of time the hotel has taken has been incredible,” Bridges adds. “But it’s been fun at times, too, because you’re creating an environment that you hope people will want to come back to again and again. It’s like furnishing 180 different single-family homes, in a way.”

After the tumult of developing the Embassy Suites & Spa, Bridges might be forgiven if he decided to sit back and bask in his creation.

The paint at the Embassy Suites will barely be fully dry when Bridges is scheduled to break ground on another Hilton Hotels’ product, a Hampton Inn & Suites, less than a mile away on Fruitville Road.

There, Bridges and partners will develop another unorthodox lodging property, a 10-story hotel with 144 rooms.

“It will be a Hampton Inn unlike any you’ve seen before,” Bridges says. “It’s going to have lots of glass, and really make a statement.”

Bridges will develop the Hampton Inn jointly with Innisfree Hotels, a Pensacola operator and owner that also will manage and own a small stake in the Embassy Suites.

“They’re tremendous people,” Bridges says of Innisfree, whom he met in 2015 after a recommendation by Hilton.

Bridges is vested in Sarasota’s hotel scene in another way, too.

In September 2016, Bridges and Innisfree teamed up to acquire the 95-room Hotel Indigo, also less than a mile from the Embassy Suites, for $16.8 million.

Despite his involvement in a trio of major downtown hospitality projects, Bridges says he is undaunted by fears of oversupply.

In all, nearly 1,300 new hotel rooms either have been delivered, are under construction or planned for Sarasota by 2021.

“I’m not worried about oversupply, because I don’t think interest in tourism in Sarasota is going to drop off,” he says. “Several other hotels have opened, or will, but for me it gets down to barrier to entry. For hotels, especially, there just are not a lot of sites left where one could build a new hotel in downtown Sarasota and have a presence.

“At Embassy Suites, for instance, we’ve had tremendous demand, and our rental rates have exceeded our initial projections,” he adds. “And the Hampton Inn will have a different price point than the Embassy Suites, different than a lot of the other downtown hotels.”

He’s also betting that Hilton sales staff will expand and augment existing marketing efforts to spread the word about Sarasota.

“I think that will work in our favor, as a property and as a city.”

Rise of the Phoenix

Bridges grew up in Manchester, Ga., a mill town that had peaked economically in the early 20th century. His roots remain fully entwined with his voice, decades after trading peaches for sunshine.

After college at Auburn University in Alabama, Bridges worked briefly as an engineer at an aerospace company and then joined as nascent residential developer doing site selection for apartments.

In 1975, Bridges formed Jebco. His first project took him back to his hometown to develop a shopping center. From there, he went to Augusta, site of the annual Masters’ PGA tournament, and before long, Jebco was behind grocery-anchored shopping centers for the likes of Kroger and Food Lion and others across the Southeast.

More than two decades later, Bridges capped his career with a 28-story building in Atlanta’s tony Buckhead section called The Phoenix. Around the same time, he sold his retail portfolio and decided to move to Florida’s East Coast to retire.

The weather he liked; the East Coast, not so much. His wife liked Naples, but Bridges didn’t. They compromised and moved north to Sarasota. Shortly after he arrived, someone mentioned that a residential project in the city’s Golden Gate Point neighborhood was having troubles and asked if Bridges would get involved.

The project was The Phoenix. Bridges considered it destiny, of sorts, a synchronistic connection to his Georgia project of the same name. He dove in.

“And that was it — my retirement was over, I didn’t slow down,” he says.

After the Phoenix, Bridges went on to develop a free standing Goodwill store; a Walmart Neighborhood Market; and a 39-unit townhome project known as Q all in Sarasota. In Manatee County, he and SVN commercial real estate broker Clint Conway are developing a WaWa convenience store.

Bridges says that regardless of the type of project, he focuses primarily on one thing: return on cost.

“That’s the thing I learned many, many years ago. It determines the level of risk, and can be applied to any and every project, whether it’s a hotel, a shopping center, whatever. If the numbers don’t work, I walk away.”

Numbers aside, Bridges says he tries to apply humanity to each and every development, as well.

“I try always to treat people the way I want to be treated,” he says. “We don’t cut corners. Now, sometimes things don’t work out, but mostly they do.”

Given the level of reservations, he expects things to work out at The Strand, a 152-unit condo project he’s planning to develop jointly with MoneyShow CEO Kim Githler on Whittaker Bayou, in Sarasota.

Even before marketing has kicked into high gear, some $30 million in reservations for units have come in, drawn partly by the project’s waterfront location on North Tamiami Trail and the prospect of 47 adjacent new boat slips.

If all goes well, Jebco will start work there in October. He believes the site, roughly a mile from downtown and a short distance from where planners are sketching out the future of a 53-acre, city-owned tract known as The Bay, will be perfectly in line for new development.

Unlike previous attempts to develop the property, Bridges says he has community support.

“We recognize that it’s a landmark location and we’re going to do a landmark project there,” he says.

When it’s done, though, Bridges says he may finally try and pursue the retirement that brought him to Sarasota nearly 20 years ago. Maybe.

“I’m not out seeking new sites or new projects right now. I’m trying to slow down a little. I guess I’ll have to retire at some point.”

He pauses, and the fleeting idea of developing a hotel on Siesta Key, site of the once No. 1 beach in the U.S., flashes through his head.

“But not anytime soon.” 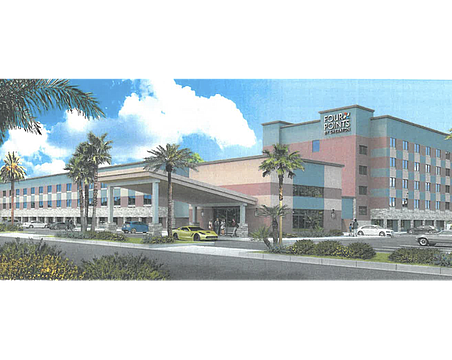 To Renovate or Sell? 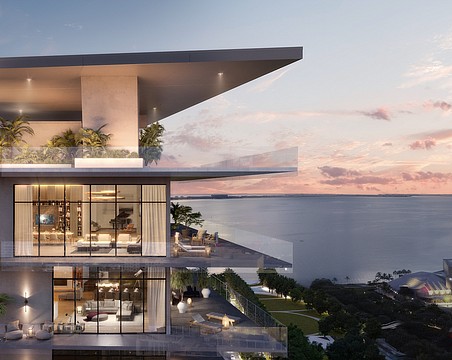 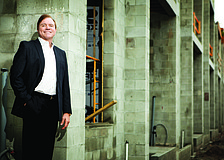 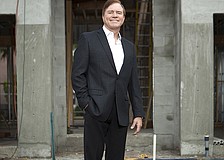 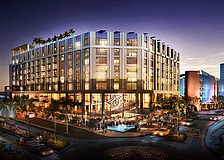