EXECUTIVE: Ed Moore, principal and cloud coach at Red Sneaker in Fort Myers. Firm does mobile marketing and search engine optimization for a variety of clients.

GAIN AN EDGE: Fencing, says Moore, combines “mind and body.”
Moore recalls coach Johnson once blind-folding the class with instructions to “listen to the shuffle of the feet. You're going to start feeling where the other person is and where the sword is.” It becomes part of you — if you really embrace it, the 61-year-old Moore says.

FOLLOW FOOTSTEPS: Watching his sons grow from youngsters to adults in competitive fencing, Moore began to grasp the intricacies of the age-old sport. “I was watching the movements,” he says, “and anticipating how to counter them and move in for a point. I could see where the holes were.”

Three years ago, he joined his sons and has gone on to formal competition. “I'll do probably three tournaments a year,” he says.

TEACHING MOMENT: “My first fencing was against my oldest son,” Moore says. “My sword would stop 2 inches before it hit him. Finally, he grabbed it and thrust it to his chest and said, 'You've got to hit me.' He scared the bejesus out of me. Now I'm not afraid to hit him.”

TOOLS OF TRADE: For swords, competitive fencing has the foil, epee and saber. The foil is the lightest, but its point must touch the opponent's torso, front or back, for a score. The epee is heavier, and a point is scored when it touches any part of the opponent's body. The saber is a light cutting and thrusting weapon. Touching it to any part of the opponent's body above the waist, excluding the hands, scores a point.
The epee is Moore's sword of choice, he says, “because anywhere on the body is a target.”

HOW TO WIN: Moore scores a point for each “touch” on his opponent. In tournaments, the fencing is in 3-minute rounds, with 1 minute of rest in between. The rounds continue until either Moore or his opponent scores 15 touches.

NO ANTICS: Don't bring MMA-style chest thumping and trash talking into the academy, says Johnson, who has been teaching the sport for 32 years at the Southwest Florida Fencing Academy. “You win with honor and you fence with courage,” Johnson says, “If you lose, you do so with dignity.”

STAY CALM: Moore gains stamina and strengthens his legs and arms mostly with swimming a half mile three times weekly and weightlifting three times a week. Remember, he says, “your arm is holding a three-foot piece of steel.” Moore awakes at 5:50 a.m. and heads to the gym. “I know if I don't do it then I won't do it,” he says. “It's a regime I put in place three years ago.”
He does his fencing on Tuesday and Wednesday evenings and Saturday mornings. One thing gym time can't do is provide self-control. That, Moore says, must be learned. “When you are in a match, the adrenalin is so high that if you don't control it,” he says, “you are going to end up getting hurt.”

FENCER'S HIGH: Moore says he can't put a price on the invigoration his sport gives him. “I'm bouncing on my toes across the parking lot when the match is over,” he says. Plus, he adds, it is fact of life that “there's just nothing like having someone come at you with a sword.” 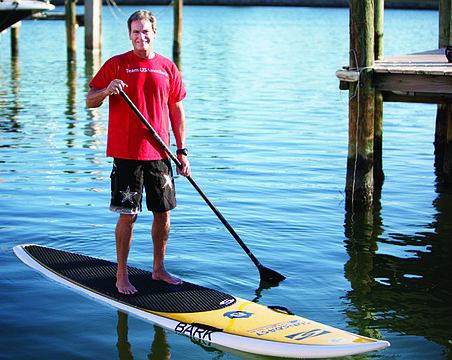 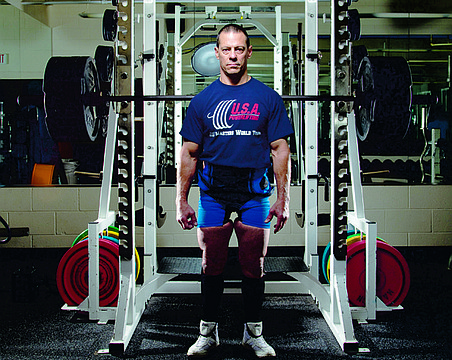 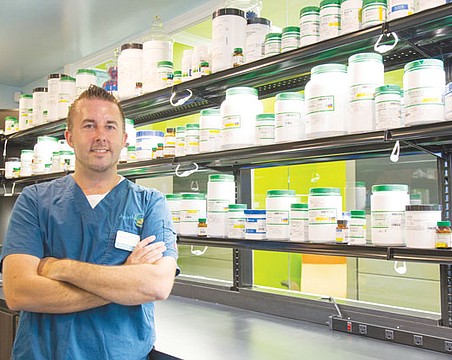 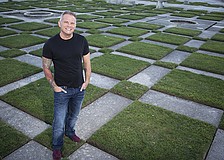 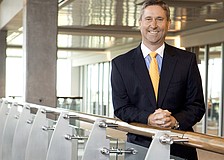 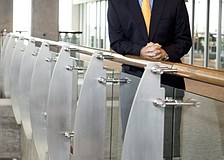 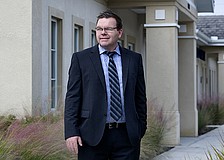