DIVERSION: Along with his sons, Stefan Jr., 29, and William, 27, the 62-year-old Stein has scaled dozens of peaks around the world, including Mount Kilimanjaro, Mount Rainier and, most recently, Mount Elbrus, the tallest mountain in Russia — with an elevation of 23,000 feet.

URGE TO ASCEND: Stein and his sons became interested in mountaineering in 2005 during a family trip to Colorado. Stein read an article in Backpacker magazine about the “14ers” — peaks in the Colorado Rockies that exceed 14,000 feet. An obsession was born. They started by climbing Mount Massive (elevation: 14,421 feet) in the Sawatch Range and Mount Sherman (elevation: 14,036 feet) in the Mosquito Range. “We tried to climb as many of the 14ers as we could,” says Stein. But he and his sons soon craved greater challenges.

TOUGHENING UP: Those challenges, such as Class 4 and 5 mountains, involve ice axes, crampons and significant amounts of rope work.

Such ascents also require one to be in top physical condition. So Stein embarked on a training regimen — climbing up and down the 40 stories of the downtown Tampa office building where he works. He would climb up the stairs and back down dozens of times a day, all while wearing a backpack stuffed with 50 pounds of lead.

“Everyone in my building knows I'm that guy now, so I don't have to keep explaining what I'm doing,” Stein says. “When you first start, you don't think you'll be able to do it, but it's amazing how your body can get into shape.”

INTO THIN AIR: After conquering the 19,341-foot Kilimanjaro, Africa's highest peak, in October 2013, Stein and his sons contemplated the so-called Seven Summits: the tallest mountain on each of the seven continents.

For their next climb, Stein went big — Argentina's Mount Aconcagua, the most imposing peak in South America and, at 22,841 feet, second only to Mount Everest among the Seven Summits. He booked a trip with an outfitter called Alpine Ascents International and began to prepare for his most daunting challenge yet.

A ROCK AND A HARD PLACE: “I still have not summited Aconcagua, despite two attempts,” Stein says, ruing his bad luck. The first time he and his sons climbed Aconcagua, he and William became so ill they had to be airlifted off the mountain.

The second time, they made it to 19,000 feet and established a high camp that would serve as their base for a summit attempt. The goal was within reach. But Mother Nature had other ideas, unleashing a blizzard that slammed shut their weather window and forced them to abandon camp.

“We had to stay inside the tent at high camp for two and half days,” Stein recalls. “And the wind, the way it would come up through the valley ... I'd always heard that you can tell that a tornado is coming because it sounds like a freight train, and that's true. We would hear this wind come up, and then it would hit camp and shake the heck out of the tent. And you wonder if you're going to go airborne, or if the fabric of the tent is going to rip to shreds. The wind was so strong that I couldn't stand up. Hurricane Irma was a joke compared to the winds at Aconcagua.”

BEND, DON'T BREAK: Stein didn't let his failure on Aconcagua hold him back. In 2014, while in California for business, he and William summited the nearly 9,000-foot Half Dome in Yosemite National Park. He also climbed another notable Yosemite rock formation, the 7,500-foot El Capitan.

Stein's pursuit of the Seven Summits resumed in earnest this past summer with Mount Elbrus. Mount Kosciuszko in Australia or Mount Vinson in Antarctica will likely be next.

REACH FOR THE SKY: Every mountaineer's ultimate goal, Everest, remains on Stein's radar, but it might have to wait. “It may or may not be doable,” Stein says. “The expedition costs more than $80,000 and can take 60 days.”

And that time doesn't include the acclimatization climbs he'd have to undertake to help his Florida sea-level body adjust. “You're out of the office from three months, at least,” he says. “I'm afraid if I was gone that long my clients would abandon me.” 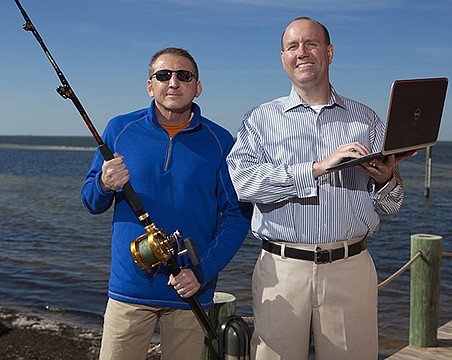 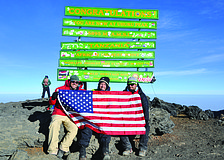 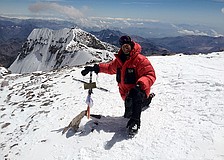 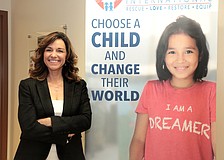 More mountains to conquer for orphans 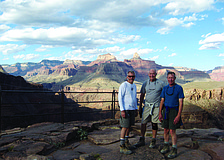 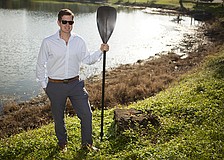