Tampa and St. Petersburg are both successful municipalities, less than an hour's drive from each other and separated physically by a lone body of water, Tampa Bay.

But when it comes to their approach to land use and zoning rules, the two cities might as well be in different time zones.

St. Petersburg, for instance, employs a single-use zoning system, where tracts of properties are designated for specific uses — including residential, office, mixed commercial and alike.

The so-called Euclidean zoning mandates that developers conform to proscribed uses, though the city's zoning does gain flexibility outside of its urban core.

Tampa, by contrast, uses a “planned development process” for zoning and land use regulators that is intended to provide developers greater freedom to meet public need and produce more innovative projects.

“Cities often have similar policy goals when it comes to land use, but they just use different methods to get there,” says Katherine O'Donniley, a senior counsel in the real estate practice of Trenam Law, in Tampa. “That's the case for Tampa and St. Petersburg.”

The differences are important, the Trenam attorneys say, because increasingly investors and developers are coming to the Gulf Coast of Florida from elsewhere, and mistakenly approach the Tampa/St. Petersburg market as a single entity.

St. Petersburg's zoning in many cases mandates building setbacks, heights, density and number of units, in some cases. To offset the demands, the city will often allow developers incentives to add density or other components in exchange for meeting larger, sometimes social goals, such as the inclusion of public art.

Tampa, meanwhile, also largely starts with Euclidean zoning but layers on planned development rules that are meant to address site challenges for developers, such as Rocky Point or Hyde Park Village.

“Site planning offers developers a way to take on challenging sites,” O'Donniley says. “It allows for waivers to be wrapped into the code.”

The two cities didn't intend to offer such vast differences in land use, the attorneys note. Differences grew organically out of how the two metropolitan area developed over decades.

“St. Petersburg has traditionally been more residential in nature than Tampa has,” says Don Mastry, a Trenam shareholder. “And Tampa was, in its infancy, more industrial and St. Petersburg was more tourist oriented. Over time, Tampa grew more of a corporate presence, with more office space.

“And today, Tampa continues to be more of a center of commerce, while St. Petersburg has encouraged the development of a more mixed-use approach to its downtown, with more activities.”

Mastry adds that St. Petersburg's land use rules “aren't as hard and fast as many people think. The city provides developers with incentives to build if they're building what the city wants.”

Shaun Amarnani, another Trenam senior counsel, also notes that cities like St. Petersburg have surreptitiously built in social goals to their zoning codes, by offering incentives for affordable housing or the installation of public art.

By way of example, he says St. Petersburg's waterfront, surrounded by parkland that can be developed only by referendum, was an intentional decision on the part of city leaders and one that would influence development and land use for decades, up until today.

Perhaps ironically, St. Petersburg's more stringent rules on downtown development have influenced none other than Strategic Property Partners, the Jeff Vinik and Bill Gates-backed development firm that is working to revamp a section of downtown Tampa with $3 billion worth of new offices, residences, retail, entertainment and other amenities.

Vinik, the Tampa Bay Lightning's owner, has even cited St. Petersburg as a model for what SPP's Water Street Tampa should imitate.

That same blending of zoning styles could manifest itself in another Tampa project, the 52-story Riverwalk Place that Feldman Equities Ltd. and Tower Realty Partners hopes to start work on later this year.

Larry Feldman, Feldman Equities' CEO, notes Riverwalk Place couldn't happen in downtown St. Petersburg because the city limits potential floor-area ratios (FAR) — a mathematical ratio between the size of a building and the land area it sits on.

“In downtown Tampa, as a developer you have basically unlimited FAR, because the city wants a high-density downtown,” says Feldman, who also owns several office buildings in downtown St. Petersburg with partners.

“St. Petersburg, by contrast, still conceives of itself as a small town.”

But the Trenam attorneys say they are beginning to see more of an entwined approach to zoning that could make Tampa and St. Petersburg more similar than different.

St. Petersburg has hinted, for instance, that it may adopt “planned development” rules in the future.

“It could be another tool for them going forward,” says O'Donniley.

“Where two different cities have distinct ideas about zoning, oftentimes what we're finding is that they can learn from one another,” Amarnani says. 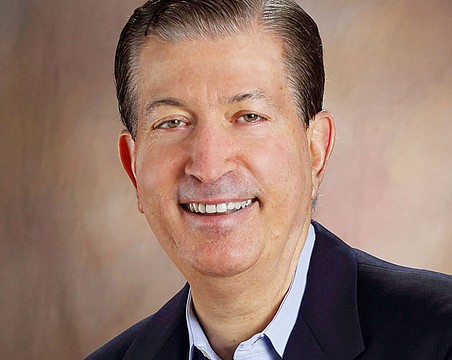 Quote of the Week 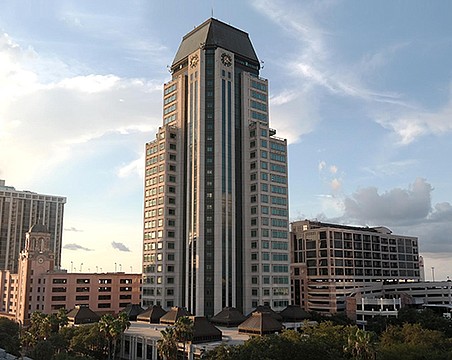 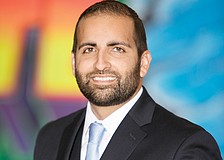 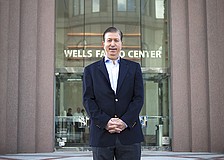 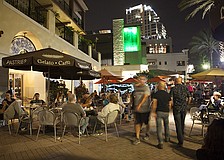