The future of banking is rapidly becoming a digital domain. How will community banks respond to the tide of technology?

These are companies that offer banking without all the operating necessities community banks normally have, such as branches, a top-down structure, high startup costs, and in most cases, significant regulations. Fintech, or financial technology, appeals, not surprisingly, to millennials due to its get-it-now ease in banking, mortgages and myriad other financial services.

Fintech is also more than banking on a smartphone. It’s about the future, using augmented reality, machine learning, data analytics and more to do anything related to a person’s, or a company’s, money.

Examples of fintech firms that threaten community banks, at least in business model, include Prosper, which connects borrowers and investors with unsecured loans; GreenSky, which provides instant home-improvement financing; and SoFi, a student loan refinance firm that now offers other financial services. Fintech companies in the U.S raised $3.5 billion in the first half of 2017, according to a KPMG study, and there are now 13 so-called unicorns, companies valued at more than $1 billion, in fintech.

“We expect multiple choices, multiple experiences in nearly everything we do in life,” says JP Nicols, who consults for banks through Chicago-based FinTech Forge, touching everything from Netflix to Grubhub. “That’s also true in banking.”

And it’s not just millennials that community banks risk losing. A recent report from global research firm Gartner, for one, pings community banks in particular on fintech: “By 2030, only 20% of heritage financial firms will flourish and win,” states the report. “Eighty percent will cease to exist, become commoditized or achieve zombie status.”

But don’t call in Rick Grimes, fictional hero from the hit TV zombie show "The Walking Dead," just yet. Knocking out 80% of so-called heritage, or legacy banks, in a decade is a stretch, say other bankers and analysts. (A zombie bank, in industry lingo, is an institution that remains open, lingering with no shot of growing or finding a buyer.)

Accenture, in a report titled “The Future of Fintech and Banking: Digitally Disrupted or Reimagined?” acknowledges “digital disruption has the potential to shrink the role and relevance of today’s banks.” But the report adds fintech “could simultaneously help them create better, faster, cheaper services that make them an even more essential part of everyday life for institutions and individuals.”

Key. Banks must turn to innovation to survive.

In another retort to the Gartner prediction — an inside-banking hit on Twitter — Boston-based Cornerstone Advisor Research Director Ron Shevlin posted: “If I were CEO of (JPMorgan) I’d buy Gartner, shut it down, call that analyst into my office and say: ‘Who’s out of business and irrelevant now, sucker!?”

While dire predictions — like death in a decade — might not become reality, many banks in the region remain aware of the situation, and, in some cases are proactively addressing it. Clearwater-based Flagship Community, with $118.4 million in assets, even made a bold move to buy into fintech — in a deal that ultimately fizzled. And Little Rock, Ark.-based Bank OZK’s internal fintech arm, OZK Labs, is run out of an office in downtown St. Petersburg.

“The winners the last time the industry consolidated (in 2008) were banks that followed the prevailing model,” says Nicols, a onetime U.S. Bank executive citing the industry’s move to umbrella services and squeeze fees out of customers. “The winners this time will be banks that respond to customer’s needs the most. And those wants and needs are changing dramatically.”

One of the banks at the forefront of attacking Fintech in Florida is Winter Haven-based CenterState Bank. The $12.26 billion-asset bank is one of a dozen banks nationwide to join the recently formed Alloy Labs Alliance. Launched and managed by FinTech Forge, the alliance is a consortium of like-minded institutions combining resources to develop products and services in fintech.

Shaun Merriman, regional president of the West Florida region for CenterState and a 30-year banker, says the fintech challenge is practical and philosophical. On the former, community banks need to constantly compete for a business edge. On the latter, a good community bank, says Merriman, can’t lose sight of its original mission — loans and services for local citizens and businesses — to chase the next shiny tech object.

CenterState, Merriman believes, has the right balance with Alloy Labs Alliance. “We want to be at the forefront of disruption in our industry,” says Merriman, “without sacrificing what made us a great bank in the first place.”

The Alliance’s initial 12 banks stretch from CenterState to $267 million-asset Citizens Bank of Edmond in Oklahoma to Tacoma, Wash.-based Columbia Bank, with $12.95 billion in assets. Each bank can utilize an Alliance Slack channel for work projects, in addition to phone and in-person meetings. “We started (it) to allow banks to share the costs,” Nicols says, “and share the risks.”

The alliance is broken down into working groups that study issues with practical applications, says CenterState Chief Strategy Officer Chris Nichols. Those groups also study long-term issues — including ones that could make a banker shutter, like how to run in a bank in cashless society. Or, says Nichols, “what will your bank look like if people don’t get money from an ATM?”

FinTech Forge’s Nicols expects Alloy Labs Alliance will expand in the near future, with a round of 20 more banks. He says when seeking new banks, something more important than asset size is the bank’s ability to embrace risk and think big about big issues. A common theme with the first 12 banks, he says, “is they all hit above their weight class.”

Taking a leadership role in battling fintech for digital supremacy is a nonstarter for most community banks, says Jen Saylor, chief technology and risk officer for Tampa-based Pilot Bank.

That’s because banks face stricter regulations than fintech, says Saylor, everything from fraud detection to money transfers. “Regulators have not yet come up with a regulatory framework for fintech,” she says.

Banks instead can partner with technology companies. Pilot, with $344 million in assets, for example, works with Monett, Mo.-based Jack Henry and Associates. The issue with partnerships, laments Saylor, is the costs can erode the profitability of whatever fintech innovations a bank ultimately offers customers. Saylor says Pilot and other banks she’s worked for have considered hiring fintech leaders, to go in-house, but the nonrevenue generating (right now) salary is too tough an obstacle to the business model.

The fintech revolution surging through banking has gone to the top: the Federal Deposit Insurance Corp.

The industry’s leading regulatory risk assessment arm, the FDIC introduced plans for an Office of Innovation in the fall. The office, FDIC Chairwoman Jelena McWilliams says, will partially focus on how the FDIC can transform its own culture to match the speed of what’s going on in the industry.

“With the potential for so much change, the FDIC is obligated to fully understand emerging technology and its implications,” McWilliams said in a Nov. 13 speech entitled “Fintech and the New Financial Landscape. “It is crucial policymakers and regulators understand the impact, scope and consequences that are innate to what we have come to refer to as ‘fintechs.’"

“Everybody is trying to hop on board,” Saylor says. “We want to do fintech in an effective way while still following regulations.

Flagship, meanwhile, tried to get a hold on fintech two years ago. That’s when the bank worked out a deal to buy BankMobile, the digital unit of Pennsylvania-based Customers Bank, which, in 2016, had nearly $10 billion in assets.

Flagship, under the deal, would have changed its name to BankMobile and become a caretaker for more than 1.7 million student checking accounts and some $500 million in noninterest bearing deposits. Also, significantly, Flagship was poised to acquire a trove of intellectual property and talent.

“We were going to use the deal to expand our technology footprint,” says Flagship Chairman, President and CEO Frank Burke. “There were a whole lot of bells and whistles we were going to get.”

But the deal collapsed in October, says Burke, partially because “regulators put too much restrictions on it.”

Burke says it’s unlikely Flagship will try to something like that again, given the time and capital investment.

That leaves Flagship in the same place as many of its community bank peers: trying to fend off fintech with limited resources — and limited time. And that, says Nicols, is a big risk. Community banks, he says, should be wary of becoming a BlackBerry in a sea of iPhones.

“Banks are really profitable right now, so it’s an exciting time,” Nicols says. “But it’s also an excitingly dangerous time. It’s easy to say, ‘What we are doing right now is really good, so why change?’” 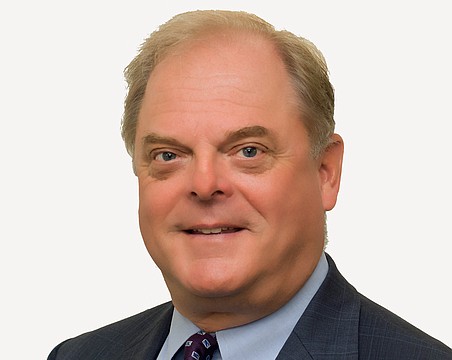 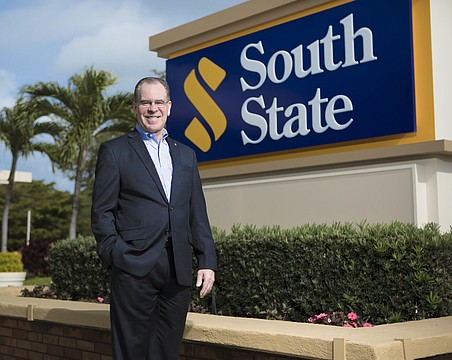 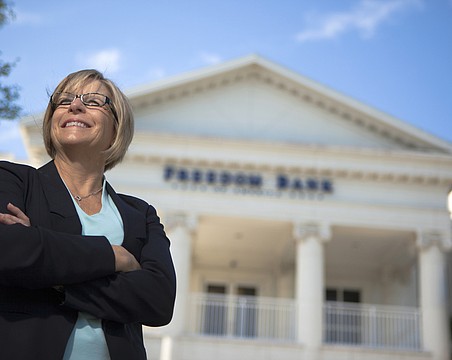 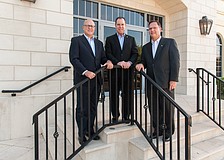 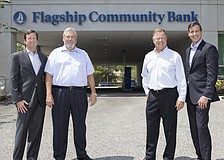 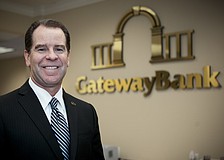