Doug Schaedler is not an electrician, plumber, air-conditioning technician or handyman. He's an entrepreneur with a University of Chicago MBA who has raised $100 million in venture financing to create software startups.

Schaedler is also a Tampa homeowner. In 2015, he was traveling when his wife reported the AC was out and she couldn't find a repairman. By the time she did, the bill was a cool $750.

In the heat of that moment, Schaedler had an idea: Create a GPS-enabled smartphone app that links homeowners, property managers and commercial realty companies to contractors. Think Angie's List 2.0.

In August 2016, Schaedler and business partner, Dave Theus, launched Homee in Tampa, a downloadable app “similar to Uber” because it features a map with real-time locations of available electricians, plumbers, AC technicians and handymen.

Homee users can review rates priced down to the minute for pre-screened contractors who will, on average, respond within 30 minutes. Rates are generally 20-30% below standard billing, Schaedler says, because enrolled contractors have more jobs. In return, Homee collects a fee for each dispatch.

By March, Homee had registered more than 1,500 contractors. The app had been downloaded 25,000 times and expanded to 10 Florida cities, in addition to Cincinnati, Ohio.

The next step: a national network. To do that, it needed to raise $2.8 million. In June, Homee secured the last of that $2.8 million when it received a $760,000 equity investment from Florida Funders, a Tampa venture capital organization with a crowdfunding portal that allows its 700 SEC-accredited investors to fund Florida entrepreneurs.

Florida Funders was created in 2014 after Congress clarified crowdfunding regulations in the 2012 Jumpstart Our Business Start-ups Act. “It was the democratization of the system,” Florida Funders General Manager Tom Wallace says.

An entrepreneur himself who started his first company when he was 23, Wallace has been collaborating with other Florida Fund investors, such as Marc Blumenthal and Tony DiBenedetto, for more than 25 years in and around Tampa.

“We're not investing in an idea. We're looking for companies with some revenue, some customers,” Wallace says.

Florida Funders criteria: be Florida-based; be in a potentially lucrative market; be distinct from competitors; sell or leverage technology that solves a problem; be passionate, coachable; have traction; and have potential to generate exit values at 10 times or more on original investment.

“We're looking for companies that can hit it out of the park,” Wallace says. “We're not just signing a check, we want value.”

So Florida Funders, in other words, is wagering that its $760,000 stake in Homee will eventually be worth $7.6 million.

That's a good gamble, Wallace says, because Homee's app has a “huge market” and is different from competitors, such as Home Advisor, because it has B2B application for property maintenance and commercial realty companies.

But what really makes Homee attractive, Wallace says, is Schaedler. “First of all, we like Doug,” he says. “He has a track record in creating successful startups.”

Prior to founding Homee, Schaedler created inno360 Inc., a cloud-based software spinoff developed with Procter & Gamble. Before inno360, he was CEO of Innovaro Inc., a software-as-a-service provider. He's been a principal in a New York-based venture capital firm and has raised more than $100 million in venture financing.

So far, so good with Homee, Schaedler says. “Things are going very fast,” he says. “We have 27 full-time employees, up from zero a year ago.”

Through early August, the app had already expanded to 20 cities, including Phoenix, Las Vegas, Atlanta and Dallas. “I just hired a Denver market director,” he says. “We are excited.” 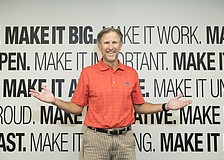 Tech sector godfather pulled back in to industry 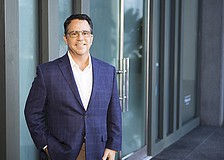 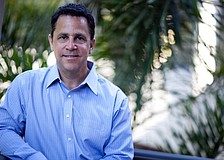 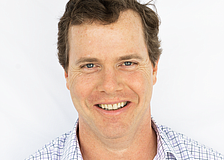