It's been called the “condo king of Miami,” but the Related Group is amassing something of an empire in the Tampa area, as well, thanks to a handful of projects it's developing containing nearly 1,500 residences.

Unlike its experience in South Florida, though, Related to date is making its mark along the Gulf Coast with market-rate rental developments, including a high-rise on Harbour Island, new units on the site of the former Tampa Tribune and at the Westshore Marina District, between Tampa and St. Petersburg.

Meanwhile, another company entity is partnering with the Tampa Housing Authority to revamp a 150-acre tract known as the West River, where they are expected to upgrade roughly 700 affordable housing units, sprinkle in another 900 units of market-rate housing, construct up to 170,000 square feet of commercial space and develop an art-centric, 23-acre park.

Steve Patterson, the president and CEO of Related's development arm, says the company's current projects are a harbinger of things to come.

“Our expectation is that we'll continue to grow,” says Patterson, 59, who joined Related in 2010 after heading Zom Holding Inc., a multifamily developer in Orlando.

“Our strategy is to definitely mix it up in regards to developments,” he adds. “Fortunately, we have experience across all densities, and from a risk aversion standpoint, when we can spread our activities across various price points we think that's best.”

That's certainly been the company's strategy in Tampa.

At Icon Harbour Island, an upscale 22-story residential tower that Related recently completed, the company is attracting older, wealthier urban dwellers, many of whom are retired baby boomers or empty nesters, Patterson says.

On the site of the former Tampa Tribune, Related is building an eight-story complex containing 400 units. Patterson says the design will be more eclectic than its Harbour Island project, and appeal to a younger demographic.

The company, which spent $17.75 million to buy the former newspaper site, plans to deliver that project around the end of 2018.

Further south, Related paid $11.8 million for an 8.5-acre tract in the Westshore Marina District in February. There, it's preparing to start work on a 396-unit rental project aimed at younger professionals who work either in Tampa or St. Petersburg.

The rentals will be the first development within the 52-acre district, which is being designed for 1,750 residences, a 200-room hotel, up to 240,000 square feet of commercial space and a 240-slip marina.

Related hopes to complete that four-story development by the end of 2018, as well.

“They don't just put a box up — they have vision,” adds Daniel of Related. “We also like them because they include art in their projects, and they pay close attention to the outside of their projects, too. They add value to the communities they build in, they're not just numbers on a contract.”

And in downtown St. Petersburg, Related's 16-story Icon St. Petersburg project, containing 350 units, is being marketed to the city's burgeoning “creative class” of young professionals who want to live in an urban environment.

Going forward, Patterson says the company has lined up a trio of developments in both Atlanta and Orlando, and another two in South Florida.

“We try to stay in markets that grow by roughly 20,000 jobs annually or more,” he says. “And Tampa certainly fits that bill. It gives us a foundation so we're not blindsided by much.”

Related also looks for regions where multifamily construction volume is less than that of the national average or comparable areas.

Today, Related's development arm employs about 100 and has 8,000 units in its pipeline. By contrast, when Patterson joined the company, during the height of the last economic recession, there were no projects even in the planning stages.

Although Related is focused on metro areas like Tampa, Patterson doesn't rule out developing in more tertiary cities, like Naples or Sarasota.

“It's always enticing to go into tertiary markets, but institutions are largely afraid of them,” he says. “And a part of our analysis is always what cap rate could we sell a project at going forward?

“Naples is a hard area to stay away from, though, because it has such a high quality of life, and that's very important to us,” Patterson says.

And while he acknowledges that rent hikes during this protracted growth cycle -- combined with increased costs for land, labor and materials — have made financing more difficult and raised issues of affordability, Patterson believes the urban rental markets Related has targeted will remain resilient.

“Affordability has become a huge issue,” he says. “But I think people ultimately will be willing to pay a higher percentage of their income on housing in the future. It's happened in every civilized country in the world. We're finding that people are even willing to give up their cars if it means being able to afford to live in a more desired location.” 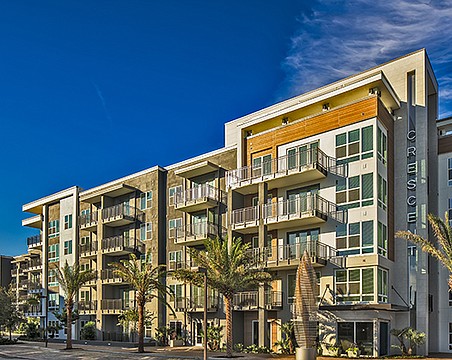 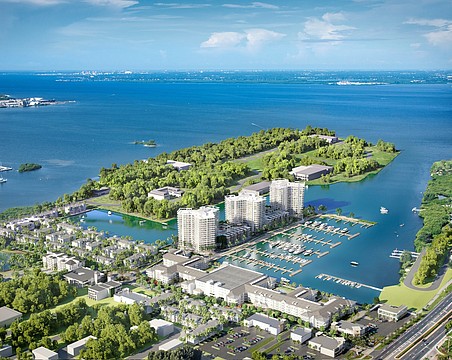 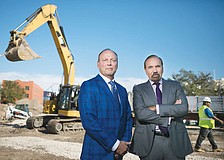 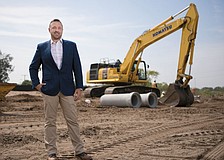 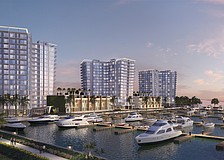