When Florida House Speaker Steve Crisafulli adjourned the House's legislative session three days before its official closing date late last month, the Merritt Island Republican took on the persona of an outlaw on the lamb.

It would be difficult not to get that impression from Florida's media.

But not only did Crisafulli take rifle fire for ending the session, Florida progressives, hospital groups and editorial boards have criticized Crisafulli repeatedly for standing firm against expanding Medicaid in Florida.

We wanted the story directly from Crisafulli. After sending him a series of questions via email, here are his responses:

All of the pro-Medicaid expansion people say the House's rejection of Medicaid is all driven by ideology and a Republican opposition to Obamacare. What is your response?
The U.S. Supreme Court gave states the option to expand Medicaid under Obamacare, and Florida has chosen not to expand. There are principled reasons for declining to grow a program that currently covers 3.7 million Floridians at a cost of $23.5 billion per year, or about one-third of Florida's budget. The House supports a strong safety net for our at-risk Floridians. However, the House does not support expanding a Medicaid program that fails patients, is fiscally unsustainable and cannot be structured to meet the needs of residents of our state, particularly when there are other private health care options under current law.

Recently, you wrote: Medicaid “is a broken system with poor health outcomes, high inflation, unseverable federal strings and no incentive for personal responsibility for those who are able to provide for themselves ...” What specific evidence do you use to make those conclusions?
Every day, there seems to be more information exposing the flaws of Obamacare Medicaid expansion. A recent survey of emergency room physicians revealed emergency room visits have actually increased under expansion, not decreased.

In 2013, the New England Journal of Medicine reported results of a study of the clinical effects of Medicaid in patients in Oregon. The study found Medicaid had no statistically significant effect on Medicaid patients' health compared to those without Medicaid. A University of Virginia study showed Medicaid patients had worse surgical outcomes than patients with private insurance, with Medicare or even without insurance. There are many other studies that show poor health outcomes for Medicaid patients.

Medicaid costs have skyrocketed and continue to grow year after year. Since the 2006-07 Fiscal Year to today, Medicaid has grown by 48%, or $7.7 billion. These dramatic cost increases are unsustainable for Florida, and that's without Obamacare Medicaid expansion.

Approximately 82% of those eligible for Medicaid expansion are able-bodied, childless adults, and 46% of those eligible do not work. [I] do not believe we should expand entitlement programs to those who can provide for themselves.

Where do you stand on the Senate's Low Income Program plan?
I am hopeful the LIP negotiations will move past the Medicaid expansion debate to bring a swift resolution that creates a reasonable hospital-funding program. However, if the federal government decides not to fund our Low Income Program, we stand ready to consider state-funded options to ensure Floridians receive the care they need.

The fact we are wrangling over a billion-dollar program that the feds are threatening to take away from us because we won't expand Medicaid only strengthens our concerns that they are unpredictable and unreliable partners.

How would you characterize the governor's leadership in this Medicaid debate — strong, good, adequate, less-than-adequate, poor?
The governor has been a strong voice in standing up for Floridians by suing the Obama administration for attempting to coerce our state into Obamacare Medicaid expansion to receive continued LIP funding. LIP funding and the state budget must be separate from the debate over Obamacare Medicaid expansion.

Did you and the governor speak about Medicaid and LIP in any face-to-face conversations before the session began?
The Medicaid/LIP manufactured crisis did not manifest itself until after session began. We did speak with the Senate prior to session, and they gave zero indication that they were going to have a Medicaid expansion bill this session, and they certainly did not indicate that Medicaid expansion was a prerequisite to passing a budget.

Do you have any regrets about the early shutdown?
I do not regret the decision we made, and bipartisan support for that decision can be found on an April 30 post on the Facebook page of Rep. Rehwinkel-Vasilinda, one of our chamber's most-ardent Medicaid Expansion supporters. She wrote:

“What stands in the way of good government and finding workable, fair solutions to make an excellent Florida and empower Floridians, is hyper partisanship, dangerously oversimplified media quotes, unchecked special interests and a longing for 'too-easy' solutions.

“Process in our form of government is critically important. How things are done, with ample time to hear diversity of opinion, vet proposed solutions and develop other possibilities is part of the very foundation of what our Founders left us as a legacy. It's part of who we are, our DNA.

“To that point: There was no bill filed on Medicaid expansion by any member; no overall policy proposal made to discuss increasing access and quality and lowering costs of healthcare, but only a budget issue proposal in the Senate, without the full opportunity to discuss its implications for Floridians.

“... It's a fair read of the Speaker's action as one of principle, of standards of fair and open process: If the Senate insists on including big policy issues of healthcare as budget items, then those and other issues in the budget require a special session to vet...”

I am proud of the policy work completed by the House this session and continue to believe opposing Obamacare Medicaid expansion is critically important to the future of our state.
The House submitted multiple genuine and legitimate offers that demonstrated a willingness to address some of the Senate's stated positions in an effort to move budget negotiations forward. However, the Senate continues to assert its demand that we tie Medicaid expansion to the completion of the state budget. The House and I stand ready to work with our Senate partners to meet our constitutional obligation to pass a responsibly balanced budget by July 1.

Medicaid expansion: At what cost?

REVIEW AND COMMENT | Don Obama and the Medicaid Mob 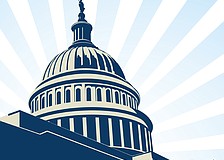 The Economics of Blackmail

Floridians will be safe; it's an election year