Skin in the game

When Andrew Jaffe opened his solo dermatology practice in Naples in 2000, he visited six banks before one finally agreed to lend him a small sum to open his business.

Fresh out of medical residency, Jaffe had relocated with his young family to Naples from New Jersey. A small bank eventually lent him $80,000 to get started. “I started in a very small office,” he recalls.

“I started out with three employees.”

Today, Riverchase Dermatology and Cosmetic Surgery has 16 offices from Sarasota to Marco Island with about 250 employees. “I always had that motivation to work for myself,” says Jaffe, who still spends mornings with patients despite the demands of the growing business and family with four children.

But Riverchase's growth says as much about Jaffe's entrepreneurial skills as it does about the government and insurance environment in which health care operates today. Increased government mandates and falling insurance reimbursements are forcing solo practitioners to join forces with larger groups to earn a living. “Consolidation appears inevitable,” Jaffe says.

“I wanted a partner who believed in the vision,” says Jaffe, who says he retains an undisclosed but “significant” stake in the business. “We could look at doubling in size in the next three to five years,” he says.

Jaffe confides that he didn't have a grand vision for Riverchase when he initially started the practice, but he grew it by seizing opportunities when they came. “I never think like I have it all down,” he says. “I never rest easy.”

His advice for other entrepreneurial doctors: “Trust your gut.”

A shingle in Naples
Jaffe's story is classic entrepreneur.

The New Jersey native completed a post-residency fellowship in Tampa learning skin-cancer surgery technique using a microscope called Mohs surgery in 1999. While in Tampa, Jaffe learned that Naples only had one Mohs surgery expert. “I heard Naples was an up-and-coming area,” says Jaffe.

Despite his family's reluctance to leave friends and extended family in New Jersey, Jaffe moved to Naples with his wife and two young children in 2000. “We kind of took a gamble where we knew nobody,” he says.

But despite the fact that there were few skin-cancer surgeons in Naples when he opened the practice, Jaffe didn't want to be known only for Mohs surgery. “It was a great advantage, but I didn't want to be only a referral business,” he says.

His business philosophy was simple and remains the same today: “If you provide quality care, the business would follow,” Jaffe says.

Jaffe grew the business by judiciously adding a mix of doctors with physician assistants who could triage cases according to their severity. He opened satellite offices that could refer more serious cases to a central location, much like the airline industry's hub-and-spoke system.

That system allowed Jaffe to offer more specialized services such as plastic surgery, psoriasis and laser treatments. Cosmetic centers branded as Spa Blue offer aesthetic treatments such as Botox injections. What's more, offering both cosmetic and medical and surgical dermatology helped the practice with patient retention because Riverchase didn't have to refer them to other doctors.

Growing the practice
A confluence of events hit the medical industry at the turn of the decade: The recession reduced elective surgeries, new government regulations mandated expensive medical-records technology and government and private-insurance reimbursements started falling.

Consolidation hasn't been restricted to dermatology practices. Medical groups in all specialties are banding together to be more cost-efficient. “I felt that it was inevitable,” Jaffe says.

So Jaffe faced a choice: Grow Riverchase or sell it to a larger practice. “I saw the writing on the wall,” says Jaffe, choosing the former. “We're ripe for consolidation,” he says.

To do that, Jaffe beefed up his management staff, led by Chief Operating Officer Sara Ritacca, so that quality could be maintained even as the firm was growing. “We could be a quality alternative to some of the other dermatology practices,” Jaffe reasoned.

With the help of investment bankers who specialize in mergers and acquisitions, Jaffe sought equity partners to invest in Riverchase. “It wasn't something I could do alone,” he says.

In late 2012, Prairie Capital agreed to invest an undisclosed sum in Riverchase. Jaffe says Prairie doesn't discuss its investments publicly, but the private-equity firm says it targets companies with annual recurring revenue of $20 million and annual cash flow of $4 million.

Jaffe says future acquisitions won't necessarily be dictated by geography as much as opportunities, which may include practices outside the state and new technology that offers virtual office visits.
“We're poised for significant growth,” hints Jaffe, declining to cite annual revenues for competitive reasons. “Our goal is to grow every year.”

Connect the future
The virtual doctor's visit is here.

Telemedicine has long been the stuff of science fiction, but Andrew Jaffe, the founder and CEO of Riverchase Dermatology and Cosmetic Surgery, says it's now possible to diagnose some patients online. “I feel that's the future,” he says.

Riverchase recently launched DermConnect, an online service that allows you to take a photo of a skin ailment for a doctor to review online. “We've worked over a year on this,” says Jaffe.

For simple cases such as rashes and eczema or a follow-up appointment to check on a patient's progress, Riverchase can prescribe a remedy without the time and effort it entails to make an office visit. “People are busy now,” says Jaffe.

For example, busy parents don't have to take their children out of school for an appointment at the dermatologist visit for a simple case of acne. “I think it's a huge market,” says Jaffe.

Jaffe acknowledges that some physicians are leery of diagnosing patients online, but he says it's a question of access. “The reality is not everyone can get a visit with a dermatologist,” he says, noting that anyone in Florida can visit DermConnect.

A virtual visit on DermConnect costs $59, less than an office visit that might cost between $75 to $115, depending on the service. “We priced it so it's slightly more than a co-pay,” Jaffe says. 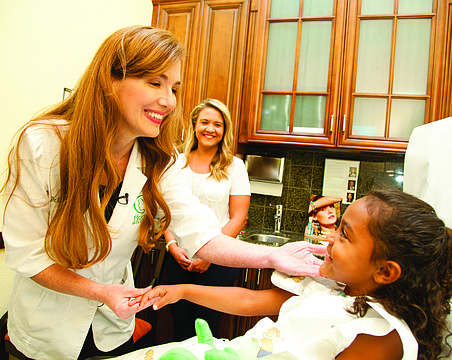 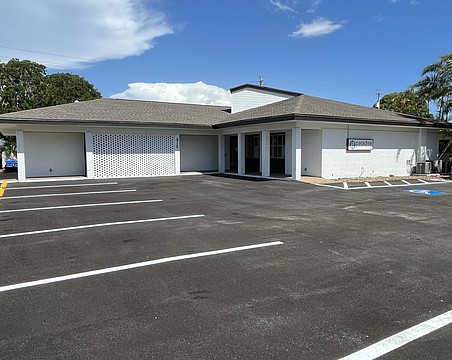 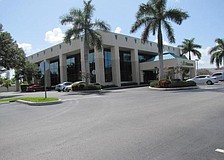