SARASOTA — Sandra Stone, with leadership experience in academia and state and federal government sponsored research, has been named regional chancellor of the University of South Florida Sarasota-Manatee.

Stone was most recently vice president for academic affairs at Dalton State College in Georgia, according to a release. She has also held leadership roles at the University of West Georgia and with the Board of Regents for the University System of Georgia. Stone replaces Arthur Guilford, who retired from the regional chancellor post earlier this year. USF Sarasota-Manatee academic and student affairs official Terry Osborn served in an interim regional chancellor role since July.

“Sandra Stone's experience, enthusiasm and collaborative spirit will help guide USFSM toward further excellence and strategic growth,” USF President Judy Genshaft says in the statement. “Her contributions will surely have an impact on the entire USF System and the region that we serve.”

Stone, chosen after a national search, will begin her new role Nov 1, according to USF officials. “USFSM is clearly a special place with an exciting future,” Stone says in the statement. “I am grateful for the opportunity to help shape that future alongside our talented faculty, students and supporters in Sarasota-Manatee.” 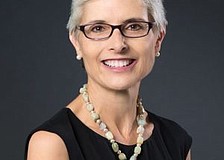 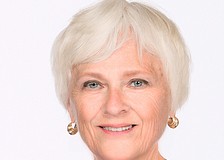 USF Sarasota-Manatee takes on the world