Rone's company, Manatee County-based Laundry Plus, ran a solid, clean operation, Disney honchos told Rone. Disney liked the firm's customer service and its high-end industrial linen cleaning operation. Referrals from other clients glowed. The yeah, but: The 108 miles from Laundry Plus to Disney's hotels and resorts in Orlando was too far for the company's comfort zone, especially given potential traffic tie-ups on Interstate 4.

“I regretfully said I respect their opinion,” says Rone, “but I hope they understood that I wasn't going to go quietly into the dark night.”

Rone, instead, kept pounding away. He checked in regularly, through phone calls and emails. Then, last May, after three years, he hit the jackpot. Disney hired Laundry Plus to clean decorative top sheets for Disney's upscale resorts — a weekly job, plus handle any seasonal overflow work. The contract is now about 20% of Laundry Plus' overall business, and, adding to the victory, Disney recently asked the firm to take on more work.

The Disney score complements a growing list of recent triumphs at Laundry Plus. Sales have risen about 20% a year for each of the past few years, says Rone, to around $4 million in 2013. He projects another big year in 2014, when annual sales could rise at least 25% and surpass $5 million.

The payroll has climbed from 50 or so employees a few years ago to 72 in 2014. And the firm, currently based out of two cramped 5,000-square-foot buildings, recently bought a 36,000-square-foot complex a block away that will become its new headquarters. A few miles north of the Sarasota-Bradenton International Airport, the building cost $1.1 million, according to Manatee County property records.

“As much as the economic downturn was bad for everybody,” says Rone, “for us it was a good scenario.”

Rone, 66, put that setting in place, much like he did with Disney, through dogged persistence. He spent the boom years in traveling salesman mode, hitting hotels, motels and resorts from Tampa to Naples with a simple pitch: Ditch the costly in-house laundry service and hire Laundry Plus. “If they looked at what their core business is, it's hospitality, not laundry,” says Rone. “(Laundry) is a losing deal for them.”

The diligence, says Rone, paid off in the recession, when hoteliers and resort operators sought ways to cut costs. Says Rone: “That's when I started getting more and more phone calls with people saying 'hey Rick, can you save me some money?'”

'Wide angle'
Laundry Plus clients include the Resort at Longboat Key Club in Sarasota; the Sandcastle Resort at Lido Beach (formerly the Helmsley Sandcastle Hotel); the Seminole Hard Rock Hotel and Casino in Tampa; the Tampa Airport Marriot; and the Sirata Beach Resort & Conference Center on St. Pete Beach.

Then there's Disney. Laundry Plus currently makes a weekly trip in one of its 53-foot tractor-trailers to Orlando, where it picks up a haul of 40,000 pounds of linens for transport back to headquarters. Laundry Plus, which charges per pound, handles about 40,000 pounds a day, on average, for all its other clients.

It also turns out Disney has done more for Rone and Laundry Plus than provide a source of revenues. The experience, says Rone, taught him a lot about how to run a business. For example, Disney's request for proposal for the work included questions about the company's mission and vision statements, its five-year strategic plan and its one-year objectives.

“These were things we were cognizant of,” Rone says, “but we took a more wide angle view” after Disney.

Rone's passion is to run a company, but for many years he was on the opposite side of the business spectrum: He was an executive for Medallion Kitchens, one of the largest kitchen and bathroom cabinetry firms in Minnesota. He had worked his way up to vice president of manufacturing. But a publicly traded company bought Medallion in 1989. “And as they say, a new broom sweeps clean,” says Rone, a Miami Beach native. “That gave me a chance to move back to Florida.”

It also gave Rone, whose parents owned a hotel on South Beach when he was a young boy, a chance to go into business for himself. He bought a few coin-operated Laundromats in Sarasota. By the late 1990s he could see the boom coming, which would bring new opportunities. “We saw an emerging market,” Rone says. “We didn't initially have the ability to handle the business.”

So Rone shifted the business model. He sold the coin-operated facilities and moved into a commercial laundry facility. The company has grown steadily ever since that decision.

Disney calling
Rone now targets more growth. Not only in commercial laundry, but the new building, he says, will provide space to get into a new market: linen rentals.

Just like he did in the 1990s with commercial laundry, Rone senses an opportunity to provide linen rentals, both to current resort clients and new ones, including restaurants. “We feel it's not being serviced as professional as it could be,” Rone says.

But the move won't come cheap: Rone says the firm will spend $250,000 on linens alone. Laundry Plus will also need more equipment to wash the linens, and expenses in that area can rise significantly. One machine, which the company currently has, is a continuous batch washer — a tunnel washer in industry lingo. It costs about $1 million.

Other expenses in the new building include water and natural gas service installation; plumbing and electrical changes; and a truck well for the firm's tractor-trailers. Equipment installation began in March, and the building should be ready later this spring.

The new Laundry Plus facility, on nearly three acres, also addresses the mouse question. That came up a few weeks ago, says Rone, when Disney executives asked the firm to take on an additional three to four trailers a day of 40,000-pound shipments. That could increase the firm's workload by more than 50%.

Rone is mulling over the Disney proposal. More work is more work, but he worries about spreading the business and staff too thin with too much work. That can impact service and quality.

Like many Gulf Coast executives, hiring top people is a top challenge for Rone. Most of his staff is great, he says, but not every hire works out. “What we do doesn't require a Rhodes Scholar,” says Rone, “but it does require a willingness to come in every day on time and do a good job.”

An even bigger worry for Rone than hiring is weather, specifically a hurricane. While he realizes a storm is out of his control, he protects against the potential damage through multiple backup systems and employee training. He vows to never fail on a job due to weather.

“We are extremely well aware of the fact that we cannot call a client and say 'we had a problem, I'm sorry you are not getting laundry today,'” says Rone. “That's not acceptable.”

'ADRENALINE JUNKIE'
When Rick Rone was a young boy his father, George Rone, would take him for rides in the family's Stearman biplane, an early 20th century aircraft known for its pair of stacked wings.

For the younger Rone, now president of Laundry Plus, a Manatee County-based $4 million commercial laundry service, the rides were the beginnings of a life spent chasing thrills. His already-done-that list includes: skydiving, piloting his own planes, open-wheel professional drag racing and scuba diving all over the world.

Says Rone: “I guess you could say I'm an adrenaline junkie.”

One of Rone's latest passions is reverse skydiving at places like iFly in Orlando. It takes place in an indoor tunnel, with 1,000 horsepower vertical winds that create a free fall float to the bottom. There's no need for a parachute. Rone loves it, but, he realizes “it isn't for everybody.” 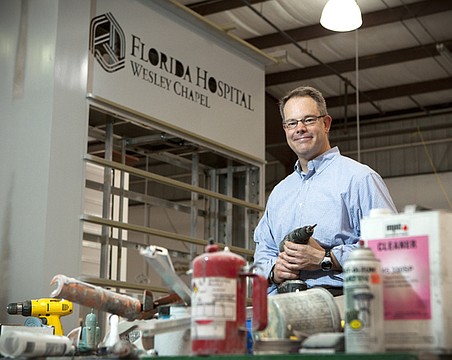 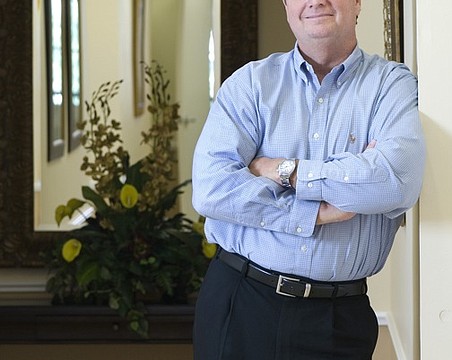 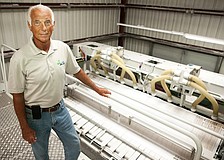 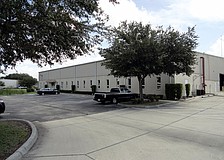 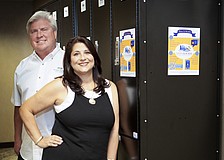 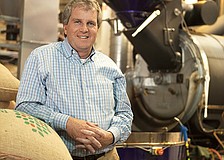 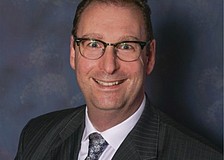