As physicians all over the country transfer their paper-based patient records to electronic files, a company at the forefront of that transition, Tampa-based Vitera Healthcare Solutions, is making transitions of its own.

Vitera, one of the nation's largest medical software firms, has partnered with DecisionOne Corp., based in Devon., Pa., a hardware support company. Under an agreement revealed Dec. 4, all of Vitera's hardware support operations and its field service technicians will transfer to DecisionOne.

“They will act as our service solution. If there's anything that needs to be installed or corrected,” DecisionOne will handle it, says Matt Hawkins, CEO of Vitera. “DecisionOne has the largest network of field service technicians in North America,” he notes. “All of our techs will end up employed by DecisionOne.”

Vitera, which provides medical office management software for patient scheduling and other tasks in addition to electronic record systems, has more than 80,000 physician clients. The new agreement will increase Vitera's footprint, and allow it to sell software and hardware in regions where the company currently has no service technicians. “So we're basically ensuring our response time when there's a hardware issue,” says Hawkins.

Meanwhile, Vitera is centralizing its operations in Tampa to streamline its procedures and improve productivity. It has hired nearly 270 employees this year, a larger number than it projected just four months ago, and it anticipates adding up to 200 more skilled workers over the next six to nine months. About half of its work force of more than 800 employees is currently concentrated in Tampa and Alachua.

In another development, Vitera is building a 2,000-square-foot innovation lab in Tampa to showcase its software systems, including reception programs, and monitors and screens used in medical operations. The lab, which will cost about $400,000, is expected to be completed in March.

“That's part of a much broader effort we have to invest in this business. We have invested an incremental $25 million over the course of this past year,” Hawkins says. That investment went toward increasing software and data capabilities to host customers' applications.

The evolving software programs allow patients to schedule appointments online or pay medical bills online. In the office, the physician can call up the patient's health record on a computer screen, and access records from other specialists. New programs are also making it easier for physicians to access patient information from mobile phones or devices, such as an iPad, for 24-hour availability.

With preventative programs, doctors can get patients to use monitoring devices, for instance to show the number of steps walked, or the patient's heart rate. Vitera is working on a model to filter that information into the electronic health record, says Hawkins.

The company also is expanding its e-prescription programs, which send prescriptions electronically rather than providing the patient with a written copy to deliver to a pharmacy. The number of e-prescriptions processed has risen from 10 million electronic submissions in 2010 to 24 million this year, says Hawkins.

Similarly, the results of blood tests and other lab work transmitted digitally doubled from 11 million in 2010 to an estimated 22 million this year.

“We're transforming,” Hawkins says, when it comes to the way physicians, labs and patients communicate. “We're focused on innovating.” 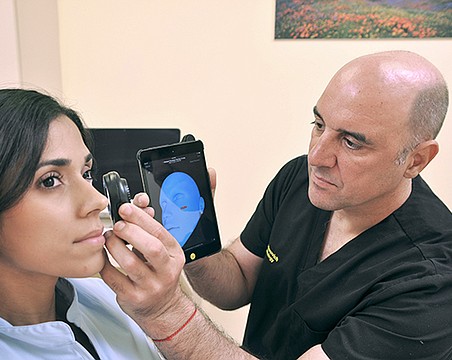 Skin in the Game

Whistleblower to get $4 million for exposing kickbacks 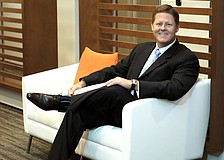 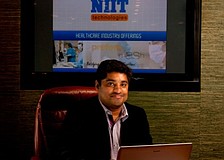 Up in the Clouds