John Williams has what could only be described as a good problem.

His specialized Medicare-focused insurance services company, Bradenton-based Gould & Lamb, continues to tally revenue increases year after year. The latest: It grew 17% in 2009, from $35.7 million in 2008 revenues to $41.8 million last year.

But therein lies the problem.

Gould & Lamb, says Williams, has done so well that it's constantly being targeted and imitated in the niche industry of Medicare Set-Aside services, which project the lifetime medical costs on an insurance claim to be paid by Medicare. The bullseye on the back only gets bigger with each growing year.

“When you are the best and have the best products in the marketplace, everyone wants to take you down,” says Williams, the president and CEO. “So people are always coming after us.”

It wasn't always that way.

Williams' mom and stepdad, Janice and Mike Gould, founded the firm in 1999. It was a move made out of desperation.

The couple had recently moved to Sarasota from Chicago to work for Zenith Insurance, a firm that specialized in workers' compensation insurance. But they got laid off a few months after coming to town.

They used their 401(k) and other savings — no more than $50,000 — to start their own insurance business that focused on life-care planning for the insurance and medical industry. The first two years were profitable, but the company lacked a defining moment.

The federal government delivered that moment in 2001.

That's when it told the nation's insurance firms it planned to enforce the then obscure Medicare Secondary Payer statute for workers' compensation claims. The law, enacted in 1981, attempted to protect Medicare from unnecessary financial burdens by forcing insurance firms to make sure that workers' comp settlements included projections of any lifetime medical costs.

The government's action essentially created the Medicare Set Aside industry, a potential jackpot for the Goulds. With the law, insurance carriers would need third-party consultants to calculate the projections.

The Goulds hired Williams in 2001 to help capture the opportunity. Williams, 25 at the time, had worked for insurance companies in Chicago and St. Louis in the medical bill review department.

Williams' new job at Gould & Lamb: To make sure the nation's top insurance companies knew about the new enforcement.

He was initially met with resistance, but through persistence Williams started to gain some clients. By 2002 the company surpassed $2 million in annual revenues, with clients including AIG, Liberty Mutual and The Hartford. In 2003 the company had $6.4 million in revenues.

Around that time the Goulds semi-retired and moved to Colorado. They handed the business off to Williams and his executive team.

Williams didn't slow down in his new role.

The company made Inc. magazine's list of the country's 500 fastest-growing companies in 2006, when Williams was also named the Review's Entrepreneur of the Year for the Sarasota-Manatee region. In 2007, the company was sold to ABRY Partners, a Boston-based private equity firm. The firm retained Williams to run the business.

One of his first moves under the new owners was to buy a $6.5 million software package from Oracle. The purchase, says Williams, was a long-term project to get ready for another move by the federal government. This time, the government, through a controversial 2007 bill on children's health insurance known as SCHIP, said it planned to enforce the Medicare Set Aside statutes on liability and auto insurance firms.

The idea, just like it was with workers' comp, was to make sure Medicare wasn't on the hook for unnecessary costs. Gould & Lamb executives say the shift holds even more revenue potential than workers' comp because of the amount of policies that would fall under the law.

Williams thought that potential would start to pay off in 2009, based on the federal statute. But the government has moved slower than Gould & Lamb. Federal officials pushed the compliance date to Jan. 1, 2011 — a date inscribed in a live countdown clock on Gould & Lamb's Web site home page.

While the company waits, it continues to seek competitive advantages in other areas. It recently introduced a few new Web-based software packages for clients, and is working on some other technology products.

“We try to figure out what the competition is doing and stay one step ahead of them,” says Williams. “Getting to number one is one thing. Staying there is another.” 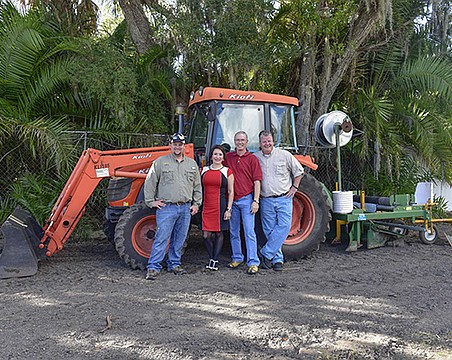 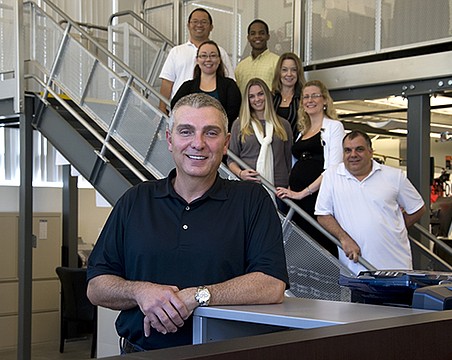 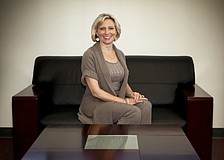 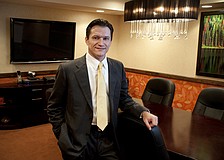