The pool supply business would seemingly be crushed by the recession. But one Gulf Coast entrepreneur has risen above the rubble.

Don't tell Chris Smith there's no such thing as a recession-proof business.

How could there not be when considering Aqua Superstore, Smith's discount pool supply Web site? The unassuming Smith has built the company into the Amazon.com of pool gear after launching it from his Port Charlotte living room five years ago.

The company, with 40 employees during the peak summer selling season, has grown revenues 2,695% since 2005, good enough to be ranked 48th on Inc. magazine's annual list of the 500 fastest growing businesses in the country. Revenues were at $267,216 in 2005, back when Smith was working out of his house and doing everything by himself, down to licking envelopes.

But in 2008, the company, with an office that now occupies half of the top floor of a Port Charlotte office building, reported $7.5 million in revenues. Smith, sticking to the anti-recession theme, is projecting $10 million in 2009 revenues; the company had $1 million in sales in August alone, although that is the height of the pool season.

Still, the ultimate recession-proof proof lies in this story behind the sales figures: Smith recently sold $15,000 worth of pool equipment to one customer, on one order. And that customer bought the goods for his house on the Virgin Islands that — get this — has no running water. His pool is filled by a rainwater-catching drain system.

“The economy hasn't really affected us at all yet,” says Smith, 26. “If anything, it only stopped us from doing even better.”

A big part of Aqua Superstore's success, says Smith, comes from its expansive product list. It's made up of 40,000 items, ranging from a ducky baby float that costs $18 to a $5,400 pool slide. Smith says he has been able to control prices by working directly with manufacturers and keeping his overhead and employee base low.

While the company maintains warehouses for storing its products in Bradenton, North Port, Orlando and four states outside of Florida, it doesn't make any products. It instead serves as finder and seller of the items.

Aqua Superstore's average order is about $200 and it has customers nationwide, says Smith, with New York, California and Florida the top three states for sales. Adds Smith: “We get a lot of customers that come back to us again and again.”

Smith came to the online pool supply industry the old-fashioned way: As a college kid looking for extra cash.

That was why he started working part-time for Sparkle Brite pools in Sarasota in 2002. Back then, Smith was 19 and taking computer classes at a local branch of Keiser College.

Smith's first task was to launch Sparkle Brite's Web site. That job grew into other roles and Smith eventually worked in marketing, merchandising and pricing for the company, which grew from four to 20 stores while he was there.

Smith left Sparkle Brite in 2004 to focus on his other career, a job he had just landed with IBM in Tampa. His assignments there included working on IT projects with Tropicana.

But the lure of the pool supply industry never subsided. Neither did the lure of running his own business.

So in late 2004, Smith founded his own pool supply Web site with one other employee. Smith would have vendors ship products to his house and he would repackage the orders and ship them out to his customers.

Smith says he realized early on that a key to his success would be to always add products to the Web site. Aqua Superstore currently has five full-time employees devoted to researching and finding new products, so that its customers never have to click somewhere else to find and buy something.

As Smith grew Aqua Superstore, he also didn't shy away from utilizing a large marketing budget. He took out dozens of ads in industry catalogs in the first few years and even had TV commercials for the business running regularly on the Women's Entertainment Network, thinking that would be his best demographic to target. “We wanted to build our brand,” says Smith.

That marketing initiative continues today, says Smith, as the company's advertising budget has grown to about $1 million a year. Most of that money is spent on Internet advertising.

Smith recognizes that Aqua Superstore has some distinct challenges in front of it, despite, or possibly because of, the fast growth. For one, the company is constantly seeking ways to trim wait times for customers on service calls. It added an instant messaging system recently, which Smith says has been a big help.

The need for financing to push more growth is also a looming hurdle for the company. Smith says his biggest issue in that regard is bankers tend to have trouble computing how a near $10-million business is so lean, with limited inventory backlogs and few big-ticket customers.

“It would be nice to get more funding,” says Smith, “but the banks don't understand how to collateralize our business.” 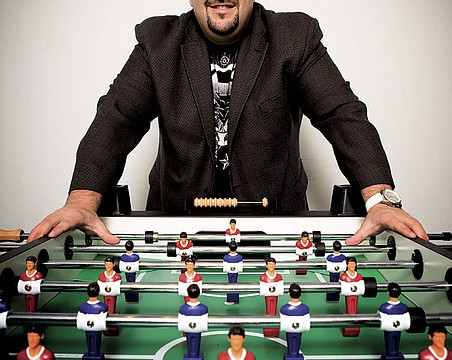 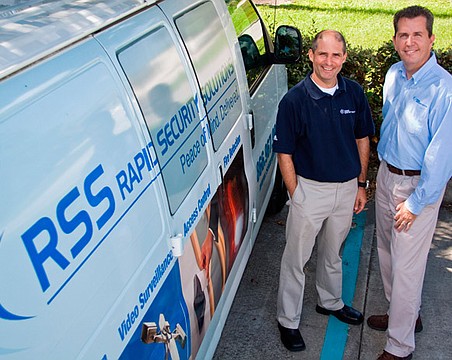 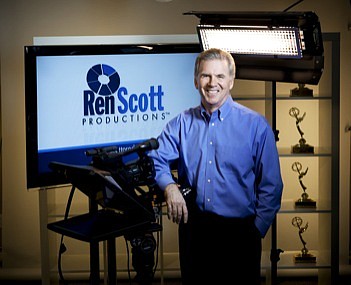 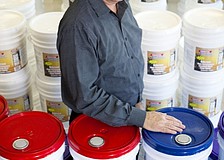 Flush it out with a crowd 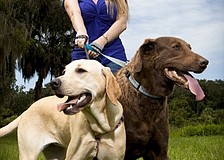