One of the top online advertising firms in the country — by at least one financial calculation — calls the Gulf Coast home. It hopes to stay on top partially by stiff-arming small competitors.

In the last 10 months, Sarasota-based online marketing firm IntegraClick has collected a bushel of rewards and accolades while simultaneously padding its rapid revenue growth.

One of the most recent awards includes the statewide Governor's Business Diversification Award for entrepreneurs, which recognizes categories such as job creation. The revenue growth, a startling 12,655% since 2005, from $755,000 to $96.4 million last year, was recognized in the 2009 edition of Inc. magazine's 500 fastest growing companies. IntegraClick ranked fifth overall nationally in the issue, and first in the advertising and marketing section.

“Everybody in this industry says they are number one,” IntegraClick spokesperson Chastanna Taylor says. “But we knew we really were.”

There is one area, however, where the company has seen its numbers decrease: Its remarkable annual revenue per employee figure. Late last year, with 60 employees, the company was bringing in about $1.7 million per employee.

Nonetheless, IntegraClick's head-turning ability to rise to the top of the fastest-growing segment of the online advertising industry is an extraordinary feat. So much so, that in e-mail exchange with the Review last year, even

IntegraClick co-founder and chief executive John Lemp says, “I understand our story is a bit unbelievable.”

So Lemp and the other top executives at IntegraClick began contracting with outside accounting firms to do third-party audits of the company's books a few years ago. The idea was to both stem skepticism and create a document the company could show to potential investors and other partners, says Ravi Ghai, IntegraClick's head of corporate development.

IntegraClick was also required to submit the revenue data from its most recent audit to Inc. magazine researchers for the Inc. 500 issue. Adds Ghai: “Now a large outside organization confirms that our numbers are accurate.”

The audited financials, no matter the veracity, won't tell this story: IntegraClick, through its Clickbooth subsidiary, is a big player in the cost-per-action segment of online advertising. Cost-per-action advocates claim their way is better than the old way of Internet marketing, where an entity pays each time their ad is clicked on, regardless if it leads to a sale.

In cost-per-action, a middleman such as Clickbooth will only get paid if the user actually buys a product after clicking on the ad. When a purchase takes place, Clickbooth gets a fee and in turn, it pays out a percentage to the publisher of the ad it has worked with.

With accounts ranging from a dollar to hundreds of dollars, it means a lot of money going in a lot of directions. It also means a large portion of Integraclick's revenues are pass-through dollars.

“There are so many ways to do Internet marketing,” says Ghai, “but we wanted to obtain credibility.”

Credibility, however, can only take a company so far in the vast world of online advertising. So IntegraClick, which Lemp co-founded in his one-bedroom Sarasota apartment in 2002, has a two-fold strategy to attack the market.

The first step is the company takes on all sizes of accounts, from ones that pay a few bucks a month to behemoths such as Blockbuster and Dish Network. The strategy, says Ghai, is to control market share so it can pose as a big barrier for small competitors trying to enter the market.

The second step is to continue building its portfolio of exclusive clients. While Blockbuster is a nice client to have, the movie and videogame rental giant doesn't have an exclusive cost-per-action contract with IntegraClick. That means IntegraClick is limited in setting the price it can charge the company.

The trick, says Ghai, is to sign up advertisers to exclusive deals, so IntegraClick can better control the contract terms and its margins. “The more exclusive campaigns we have,” says Ghai, “the larger we can get.”

But late last year, the company started to come out of its shell. It won awards for revenue growth and industry leadership from organizations such as the Economic Development Corp. of Sarasota County and the Tampa Bay Technology Forum.

The Review also profiled the company last year, detailing how co-founder John Lemp built the company into a $100 million annual revenue enterprise in six years. To read the story, go to www.Review.net and search: John Lemp. 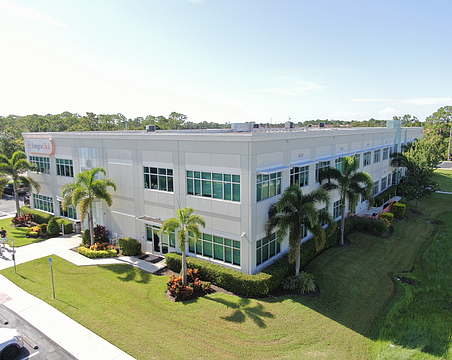 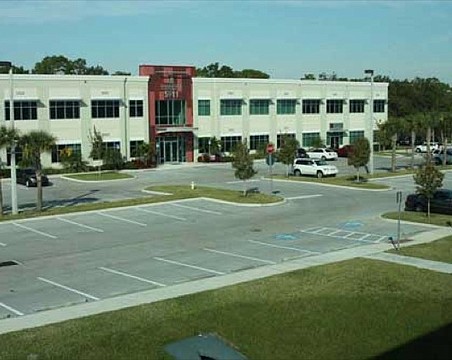 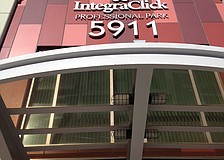 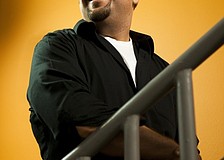