Joe Disanti has a white-collar resume trapped in a blue-collar body.

His thick thumbs and fingernails hold the dirt and grime of a guy who worked his way through college as a factory mechanic. His accent and demeanor is straight out of central casting for an Italian New Yorker, down to how he sprinkles “yous guys” into conversation and the picture hanging on his office wall of him chatting it up with Rudy Giuliani.

But Disanti's professional career belies that proletarian picture. He currently runs the Sarasota-Manatee business banking division for Wachovia/Wells Fargo, where he supervises a team of 12 loan officers spread across the bank's 45 area branches.

The position is a culmination of a 15-year climb that began with a job on the assembly line of American Home Products, a Long Island, N.Y., based manufacturer. Disanti rose from a local manager there to opening and then running the company's Costa Rica plant.

Disanti made several stops in between that job and his current gig: He ran his own sporting goods manufacturer that made roller blade parts and accessories; he earned an MBA in international business and began studying for a doctorate in business administration; he worked as a commercial loan officer for Bank of America in New York City; and, most recently, he held several senior loan officer positions with Wachovia offices on Florida's east coast.

His current job, which he landed in late 2007, could be his biggest challenge yet: Finding clients to loan money to — who will pay it back — in the midst of the recession. “Florida will be in a tough position for a year or two,” says
Disanti. “The bailout and recovery projects haven't yet trickled down to us.”

Nonetheless, Disanti has hit some early successes. For example, he led a turnaround in the rankings among other Wachovia branches in metrics that include new customers and increasing the amount of non-interest bearing accounts. He says the local division was one of the highest ranked units in 2008 after being near the bottom last year, before he got there.

He pegs the turnaround to several factors. First, his position had been one of high turnover prior to his arrival, with three or four bosses in a short period of time. Disanti says he brings stability to the office.

Second, Disanti says he has preached a mindset of finances over flash. So instead of signing up clients in a rash of exuberance, he requires his loan agents to be more like CFOs, going through a potential customer's books with precision. “Risk management is the bank's primary focus,” says Disanti.

And finally, Disanti says his management style, which he considers blunt and decisive, has set up the team to perform in a clear, efficient manner. Disanti says he bases his leadership approach on his three business idols: Sam Walton, Donald Trump and, of course, Rudy Giuliani.

Disanti has a picture of himself with Giuliani taken on Sept. 10, 2001, at a dinner on leadership styles. 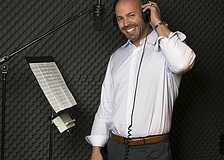 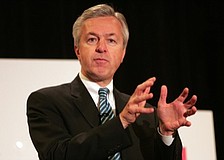 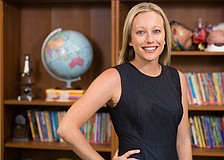