Tony Leo paid top-dollar for as much high quality research as possible while pondering the idea of opening a new bank in Sarasota.

And of all the data Leo studied, here's the nugget that stood out the most: Out of 125 potential customers in the Sarasota marketplace, only two used a local community bank for the simple things like checking accounts, saving accounts and good old neighborhood banking. The other 123 used any one of the big boys, banks such as Bank of America, SunTrust or Wachovia. And one of the two people that banked locally, Leo says, did so through a family connection.

That cemented it for Leo, who until last year had been an executive with a $4 billion bank in Harrisburg, Pa. The Sarasota market was ripe for a community bank that twists the traditional Gulf Coast community-banking model. That is, instead of focusing on developers and real estate-related loans, Leo's bank, to be called ConsumerFirst, is designed to focus on individual customers. Highlights include nighttime and full weekend hours, stock ownership opportunities for checking account customers and a kid's banking club.

It's not that the dozens of other local banks have completely ignored individual consumers, known as the retail side of a bank, says Leo. It just hasn't been much of a focus the past decade. And for good reason, as until the past 18 months, a commercial loan concentration was a much quicker route to profitably for a startup bank.

But the new banking market realities mean that in most cases, that model is no longer viable. For Leo, the upshot is that he's confident 2009 is the perfect time to open the first branch of ConsumerFirst, a bank in organization he's developing with a former Harrisburg colleague. Not only is the market void of this business model, says Leo, but the bank shakeout of 2008 means a bank with no history in the region could avoid the stain other banks are currently wearing.

“The opportunity for a retail bank on a community bank basis is what we identified,” says Leo, a principal founder of the bank who will become its chief executive officer. “We intend to be a real alternative for the market.”

Extended hours
There are already some banks on the Gulf Coast — Sarasota and Bradenton specifically — that are trying to be that alternative, despite Leo's preliminary research. For example, Sarasota-based Gateway Bank of Southwest Florida, with a branch in Sarasota and another new office in Bradenton, has been trying to tap into the working-class families market through features like $5 cash-giveaways and open houses.

Several other Gulf Coast banks have begun to play up the family-friendly approach in marketing materials lately as well, all the more so to find an edge in the tough times.

And its potential hours of operation are certainly new to the Gulf Coast community banking landscape. The plan so far is to extend branch hours to 6 p.m. on Thursdays, 7 p.m. on Fridays and 9 a.m. to noon on Saturdays. The drive-thru will be open even more, including until 8 p.m. on Thursdays and Fridays and noon to 5 p.m. on Sundays.

But before ConsumerFirst can capitalize on its consumer first approach, the bank has to pass through the approval stage and capital-raising processes.

The latter phase could be lonely for Leo, as there aren't many other banks currently in organization in Florida. According to the Florida Office of Financial Regulation, only six banks in the state were in the applications pending process as of December, a number that was significantly larger a few years ago. The list of de novo banks, tracking institutions that are actually already open for business, is also small, with seven new openings in 2008.

A shrinking marketplace like that is yet another reason Leo and his colleagues say ConsumerFirst will be an opportunity timed just right. “This is a great time to begin the process of forming a new bank,” says Byron Richardson, a bank consultant with Atlanta-based Bank Resources, which assisted Leo in ConsumerFirst's charter application. “Its loans will be supported by more realistic market values.”

Plus, Leo hopes the dearth of new banks will make the capital raising phase that much easier. Of course, working against him is the nationwide economic slowdown, which has forced many potential investors into wait and hover mode with their money.

Leo hopes to raise between $18 million and $23 million in capital to open the bank, a process it could begin early next year, after it receives final federal approvals on its charter applications. And in a nod to its business model of reaching out to middle income folks, the bank plans to offer public shares to small investors with a $1,000 minimum placement. The offering will even include IRA funds.

Leo has gotten off to a good start in the startup capital department, as he's already raised $1 million in seed capital for the application phase of the bank, with most of the money coming from investors in mid-Atlantic states.

Conservative growth
After the capital-raising phase, Leo and Robert Lawley, Leo's onetime Pennsylvania banking colleague, intend to put the bank on a conservative growth track. After its first branch opens, near the Colonial Oaks subdivision in Sarasota, the bank will likely look to open two more offices over the next three years and five branches in five years.

“We don't want to be Bank of America and have an office on every corner,” Lawley says. “That's just not us.”

Leo does cite one positive aspect of Bank of America, in that it has done “a fantastic job” with retail banking on the Gulf Coast, the market ConsumerFirst is trying to penetrate. Another bank with a model similar to ConsumerFirst is Cherry Hill, N.J.-based Commerce Bancorp, which brought extended Saturday and Sunday hours and free coin counting to markets in suburban Philadelphia and New York City several years ago; Commerce was bought by TD Bank last year.

Indeed, Leo and Lawley competed somewhat with Commerce while the pair was working for Harrisburg-based Community Banks, which had $4 billion in assets spread across 81 offices when it was sold last year to another large Pennsylvania-based bank. Leo ran the bank's oversight division and was its chief administrative officer, while Lawley served as a senior operations officer.

Leo had been on family vacations to the Sarasota area for many years and he began looking to start a new bank here soon after Community Banks was sold. Lawley jumped at the chance to move to Sarasota, too. 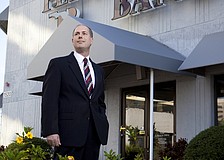 Bank in crisis mode gets a new leader 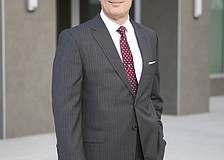