Investor road shows aren't as much fun as they used to be.

In the boom years, investors loved publicly traded banks on the Gulf Coast. Loan growth was torrid, borrowers' credit appeared stellar, interest margins were wide and deposits from booming businesses flowed into coffers. Investors clamored for the chance to hear how well banks were performing at investor conferences.

Then came the subprime loan debacle, a slowing economy, bank failures and the threat of a government takeover of mortgage backers Fannie Mae and Freddie Mac. Investors fled the bank sector and pushed bank stocks to decade-low valuations.

“Nobody's throwing food at us yet,” cracks Stephen Gilhooly, executive vice president, treasurer and chief financial officer of TIB Financial, the parent company of TIB Bank and the Bank of Venice. TIB's stock (symbol: TIBB) recently traded at $7 a share, down 35% in the one-year period ending Aug. 31.

“Florida is not a failed Third World country,” says Michael McMullan, president and chief executive officer of Bank of Florida. The bank's stock (symbol: BOFL) recently traded near $8 a share, down 49% in the year ending Aug. 31.

Despite the fact that Bank of Florida and TIB are in better shape than many of their rivals, investors wanted nothing to do with the sector and especially any banks with a significant presence in hard-hit Florida. “In the last 90 days, even if they wanted to believe you, they couldn't,” McMullan says. “There's a dark cloud over Florida.”

But it doesn't matter if you're in Florida or elsewhere. “If you have the word 'bank' in your name, your stock has been hammered,” says Derek Ferber, an analyst with SNL Financial in Charlottesville, Va. “I think the story is the same across the board.”

Investors aren't the only ones smarting from the declines. Bank managers whose compensations are tied to the stock price in the form of options are also hurting, Ferber notes.

Still, just as the exuberance for bank stocks was probably overdone, so is the other extreme. The recent super-low valuations have attracted investors who believe bank stocks have been unfairly beaten down. For example, the Bill and Melinda Gates Foundation Trust recently acquired a 1.7% stake in Bank of Florida. Officials with the trust established by Microsoft founder Bill Gates couldn't be reached.

And hometown business leaders have taken advantage of the opportunity to buy into local banks that are trading near book value, a situation that hasn't been available to them for years. In the spring, the Barron Collier and Lutgert families of Naples acquired just under 10% of TIB and Rooney Holdings acquired a 7.3% stake of Bank of Florida. Francis Rooney, the Naples resident who recently acquired Kraft Construction, is chairman of privately held Rooney Holdings.

No crystal balls
Institutional investors demand earnings guidance, but Gulf Coast bankers won't give it to them. That's probably added to the stock declines this year because investors hate uncertainty.

The fact is, no one really knows how long the industry's woes in Florida will continue or whether it will get better or worse. For now, bankers say, investors are most worried about the ability of borrowers to repay. “They're all highly interested in the balance sheet,” says Gilhooly. “Their principal concerns are asset quality.”

The best Florida bankers can do at investor conferences is demonstrate that they're aggressively managing problem loans. Bank of Florida has hired a “special assets” manager and TIB has reduced its troubled auto-loan portfolio.

Despite the frosty reception at investor meetings, bankers say it's important to openly discuss operations with investors. “It's important for management's credibility,” says Gilhooly. “You get the benefit of the doubt when you communicate.”

Of course, not all investors are sophisticated institutional holders who can probe bankers in a rational and analytical way. Some individual investors get emotional when they see their investment shrink. One angry investor yelled at
Gilhooly on the phone that the bank's recent shift from a cash dividend to a stock dividend was “illegal.”

Bankers are also at the mercy of short-term traders who magnify the stock-price volatility, especially with thinly traded Gulf Coast banks. In mid-July, these investors sent the stocks of TIB and Bank of Florida into the $4 range in a matter of days.

Fickle institutional shareholders are one reason why two publicly traded Gulf Coast bank companies don't seek them out. Company insiders own about half the stock of First Community Bank Corp. of America in Pinellas Park. “We don't have any institutional owners,” says Kenneth Cherven, the company's president and chief executive officer. “A lot of institutional investors are not loyal.”

First Community's shareholders are intimately familiar with the bank's operations and have a long-term investing horizon. “We went public because we wanted our shareholders to get liquid. That was the whole mission,” says Cherven, who says managing institutional shareholders is a “total distraction” for management.

It's a similar story at another Gulf Coast banking company, First State Financial Corp. in Sarasota (symbol: FSTF). President and Chief Executive Officer Jed Wilkinson is sanguine despite the company's stock price being down 60% for the one-year period through Aug. 31. Fewer than 5% of the company's shareholders are institutional. “I'm not getting that many more calls than I got when things were really good,” he says.

“We went public to raise our capital and to advance our growth opportunities,” Wilkinson says. “Being public suits our purposes.”

Investors eye opportunities
Despite the frosty reception on Wall Street, Gulf Coast bankers say there are signs that investors are considering investing in banks again. After all, valuations are at their lowest point in years.

Although Bank of Florida executives decline to discuss shareholders, they were clearly pleased when the Bill and Melinda Gates Foundation Trust invested in the bank recently, for instance.

“There's a great curiosity about Florida banks because they still see that Florida's economy has strong growth prospects,” says Gilhooly. “It's an intelligent, rational view of the world.”

McMullan says Florida's economy varies across regions. Besides Southwest Florida, the bank also has operations in the Tampa Bay and Miami areas that are better diversified. “If we were stuck in Lee County, it would be a tough road to hoe,” McMullan says. Most of the bank's problem loans are limited to Lee County, securities filings show.

McMullan says he's seen a psychological shift among investors that shows they believe the worst may be over. What's more, longer-term investors realize that the Baby Boomer wave will help Florida recover. “There's a price point where there are buyers,” McMullan says. “They're looking for winners.”

Naples' TIB could get a lot bigger

The battle for capital continues for banks 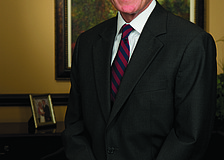 All hands on deck

Betting on a Winner

TIB stock split, but in reverse 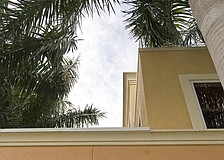