A proposed animal safari tour business, developed by the chief executive of Tampa's Lowry Park Zoo, has been delayed because of government red tape.

The project, called Safari Wild, would house 1,000 exotic and endangered species, such as cheetahs, rhinoceroses and zebras, plus 40 overnight cottages and a restaurant. Salisbury uses the land as a refuge for zoo animals that need a break from life on display in Tampa.

Some of the county and state regulatory problems for the project include the need to provide water for fire trucks on the land. Building officials say Safari Wild lacks building permits for the construction that has already been done and that will be needed in the future. The state is concerned with the commercial nature of the project in the Green Swamp area.

Facing a class-action lawsuit from nearby residents, Raytheon says it will clean up the groundwater contamination near its St. Petersburg defense plant, but that the project, which will cost millions, could take more than five years.

Contaminants from the plant have spread into areas including the Azalea neighborhood.

The cleanup plan will involve pumping about 30 to 40 gallons of water a minute from the contaminated area. The water will go to a wastewater treatment plant. Raytheon says it will work on the project until the groundwater is as clean as drinking water.

A group of neighborhood organizations in South Sarasota County have taken the unusual step of supporting a plan to bring a Wal-Mart to town.

Of course, the position is merely a reversal of what once was a yearlong opposition to the project, to be built on Laurel Road in Venice. And the reversal comes only after the developer, Mike Miller of the Venice-based Waterford Cos., agreed to a litany of changes, from widening Laurel Road from two to four lanes to adding more sidewalks and landscaping to building a fake Main Street-type of entrance to improve the big-box like motif of the store.

Nonetheless, support for the 70-acre Wal-Mart Renaissance was so strong that the Venice City Council unanimously approved the project at a meeting earlier this month.

Now only one issue lingers: Delays in the project, coupled with the decline in the overall economy, means Wal-Mart itself has put the project on hold. In fact, Wal-Mart allowed its option on the land lease to expire late last year, after the city's planning commission denied the project in its previous form.

The Manatee County YMCA has asked county planners and officials for permission to build a 23,000-square-foot expansion, a project that would grow the facility by more than 50%.

About 13,000 square feet of the expansion would go toward a new teen center and an expanded adult fitness room, while the proposal also calls for a 7,500-square-foot addition to the children's center.

The Lakewood Ranch branch of the YMCA, with more than 2,200 members, plans to run a $600,000 capital campaign to help pay for the additions.

The river, Harborside, Centennial Park and the Fort Myers Yacht Basin border the area that the city selected for redevelopment.

Fort Myers has been undergoing an extensive multi-year redevelopment of its downtown area. The city has been rebuilding underground utilities and repaving the streets through the historic area. Acquest was selected to produce a design that is architecturally compatible with the ongoing redevelopment efforts.

The Naples Winter Wine Festival will host Emeril Lagasse and 16 other star chefs Feb. 6-8 to raise money for children's charities in Collier County.

The festival is the most successful charity wine auction in the world. Since the first festival in 2001, the group has raised $69.5 million.

Other chefs at this year's festival will include Jonathan Benno of Per Se in New York, Mark Kiffin of The Compound Restaurant in Santa Fe and Mary Ann Esposito of the PBS television show "Ciao Italia."

Festival tickets cost $7,500 per couple and $20,000 for reserved seating at the same vintner dinner for two couples.

After finishing a new printing plant in St. Petersburg, Valpak has learned that its Atlanta-based parent company, Cox Enterprises Inc., is trying to sell Valpak.

Valpak sends blue envelopes with coupons to 46 million North American homes every month. It is part of Largo-based Cox Target Media, which employs about 1,200 people in Pinellas County.

Cox Enterprises is also selling the Austin American-Statesman and five other community newspapers in Texas, three papers in North Carolina and two in Colorado.

Visible from Interstate 275 in Pinellas, Valpak built the new plant with job-creation incentives from state and local government. It is the largest private industrial building in the county.

Cox hired Goldman Sachs to help sell Valpak. Citigroup will work on the sale of the newspapers. Terry Loebel started Valpak in 1967, mailing coupons to Clearwater residents. He sold it in 1985 to a group of investors, who sold it to Cox in 1991. 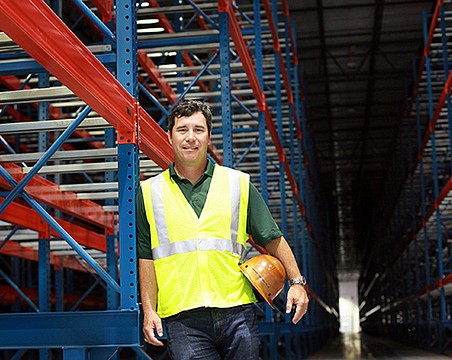 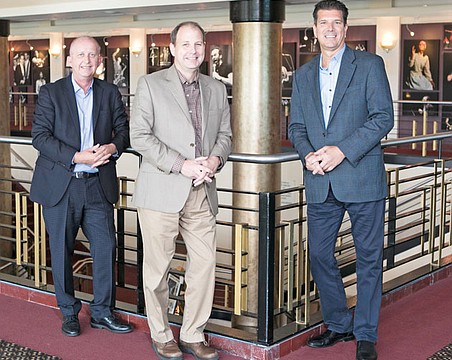