The Toale family business generational gap is perfectly illustrated in a dank, musty room on the top floor of the company's downtown Sarasota headquarters.

There are stacks upon stacks of rust-colored worn files and tattered manila folders. It's the lifeblood of the Toale Brothers Funeral Homes and Crematory, which has been continuously operating since 1912 and in the Toale family since 1948.

Robert Toale, part of the second generation to run the business, smiles proudly when he swings the door open for a visitor to take a peek. To this Toale, the room is a paper reminder of the all the lives the business has help lay to rest with dignity.

But to Jason Toale, Robert Toale's son and one half of the company's new leadership team after his father's retirement, the room is an important piece of history, but also represents the business' shortcomings. Jason Toale sees paper files and metal cabinets where he should be seeing digital folders and windows - of the Microsoft variety.

"It's an old industry that hasn't embraced technology," says Jeff Toale, Jason Toale's brother and the second half of the new leadership team.

The younger Toales - Jason, 28, with an MBA from Rollins College and Jeff, 27, with a degree in mortuary science - have never run a business on their own. But the brothers hope their age, ambition and enthusiasm for the quirky and schedule-challenged funeral business will be an asset, not a liability, as they take over leadership of the company from their father and uncles, Curtis and David Toale. The transition process began late last year and will run through much of 2007.

And the challenges go deeper than simply updating the company's record keeping systems and bringing the business into the technology age. For starters, Toale Brothers has developed a positive reputation in the Sarasota-Manatee community over the last 50 years, and in the funeral business, reputation and word-of-mouth are crucial and need to be constantly monitored.

What's more, the business has hit a plateau in revenues the last few years, something the younger generation is seeking to change.

Toale Brothers is a full-service funeral home, performing all tasks, from funerals to crematory services to pre-death arrangements and consultations. It serves all faiths and even has a Chevra Kadisha facility, for a specific type of Jewish funeral service, if necessary. What's more, the business is part of Trust 100, an industry directory made up of independent, family-owned funeral homes.

Overall, the business worked on about 1,000 funerals in 2006. It has five locations, three in Sarasota and two in Bradenton, and 25 full-time employees.

When it first opened in 1912, the business was run out of one location on Main Street in downtown Sarasota. The first owners, local businessmen George Thacker and F. W. VanGilder, eventually moved the business to a two-story home on Orange Avenue, the current company headquarters.

George and Jack Toale bought the business in 1948. The brothers had been living in Bradenton since 1925, after they graduated from the Cincinnati School of Embalming. A few years later, Catherine Toale Christian, George and Jack Toales' sister, began working for the fledging family business; she would become the first woman in Florida to earn a state embalming license.

The original Toale Brothers and their wives had six sons between them, and three of those children - David, Curtis and Robert Toale - would later take over the business. At one point, the elder Toales and their children lived on the second floor of the funeral home.

Curtis Toale says although there's a few other third-generation Toales, Jeff and Jason Toale are the most logical choices to take over the business, mostly because they showed an active interest in it while growing up. He also points to their youthful exuberance and business experience - Jason Toale worked for a travel and vacation planning firm in Orlando for a few years before returning to the family business.

Says the elder Toale: "We're expecting they will bring a lot of experience we don't have."

The business of death

Jason Toale is in the process of drafting a five-year business plan that includes a marketing strategy for the company. The latter is an industry-wide conundrum: How do you sell someone the prospect of death?

The quick answer is, you don't. The Toales, both the fathers and sons, say the two best ways to market a funeral home are through performing community service and good deeds and in making sure every funeral is as near-perfect as could be, considering the circumstances.

"(Death) isn't something on the top's of people's minds; it's a gloom-and-doom topic," Jason Toale says. "So we need to let people know our story, let them know we are here."

On the customer service side, the younger Toales are aware of the challenge. Jeff Toale says at every funeral they work, and with every family they speak with, the reputation of the firm is constantly on their minds. They try to be creative while being sensitive, urgent but not pushy.

And they have to be very careful not to offend: For example, to one client, the idea of bringing a Harley into a chapel room of a biker's funeral is touching, but to another client it could be tacky.

The Toales intend to continue balancing that line of looking for ways to put a family more at ease. In the past, that has ranged from video tributes to putting 600 hats in the viewing room (for the funeral of hat collector) to decorating a deceased gardener's funeral with planting soil, flowers and garden shoes.

Jason and Jeff Toale also plan on keeping up with the family business' reputation. They attend networking luncheons and dinners, and participate in events for Sarasota-Manatee area civic, business and school-related organizations and charities. And finally, Jason Toale intends to update the firm's technology. "It's slowly coming around," he says, "but it's not where it needs to be."

As the Toales look to grow the business, they have some built-in strengths. For starters, the senior-dominated demographics of Southwest Florida lean heavily in their favor. Also, it helps to take over a business that's already been successful for 95 years.

Besides, Jason Toale says that in comparison, his first post-MBA job with Hilton Grand Vacations was easy. And boring. "This," says Jason Toale, "is one of the most unique jobs I've ever had."

Key: The third generation of Toales are taking over the leadership of the 95-year-old company. 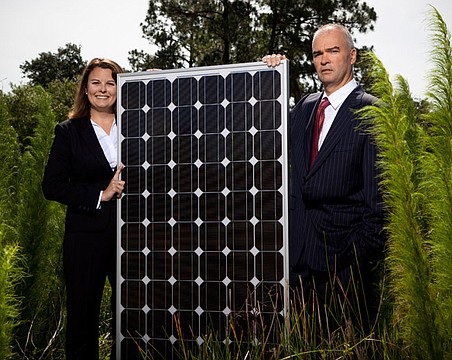 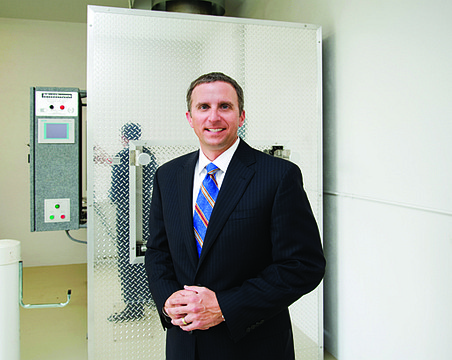 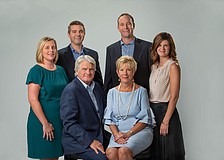 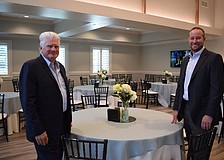 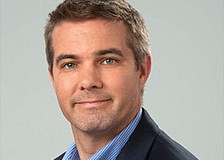