Just like the yellow pages, the Multiple Listing Service is struggling to stay relevant in a changing market. The MLS has long been the dominant service for buyers and sellers in commercial real estate, but recently, three services designed to connect what has evolved into a more national and global industry are gaining prominence. The trio of services - LoopNet, CoStar and Catylist/CCIMNet - are the new message boards for wheeling and dealing commercial real estate professionals.

As for which service is the best, it comes down to personal preference and the different market each site attracts.

LoopNet is the most popular service and has been covering the region the longest, says Tom Woodyard, a partner in the Fort Myers brokerage of D'Alessandro & Woodyard Inc. However, while he sees CoStar as an up-and-comer, he calls CCIMNet "the preferred system for the brokerage community."

Many commercial brokers value the national and international markets all three of the sites allow them to reach.

"This is really just a product of our continued evolution of technology," says John Swart, president of LWR Commercial Realty LLC, the firm behind booming Lakewood Ranch in Manatee County. "Commercial has really always appealed to that national buyer. Now there's a movement toward a systemized approach to each of them. The traffic is incredibly strong and growing exponentially. It's a good step."

A growing number of active commercial real estate brokers are choosing to leverage them all.

"If you've got a listing, you use all three," says Lee DeLieto, a Realtor with The Commercial Group at Michael Saunders & Co. in Sarasota. "Some users only favor one or the other, so you need put it in front of all of them."

Of the three, the 11-year-old LoopNet reports the largest current membership, with 1.2 million members. That number isn't extremely surprising given that the vast majority of memberships are free. Following the template of a number of other successful Web sites, LoopNet's business model goes after people by offering most of its services free and then asking for money to buy banner advertising, enhanced property listings, enhanced property views or improved advertising services.

A broker can list a property free to LoopNet's 70,000 premium members, but listers have to pay if they want to reach all 1.2 million members. Paying also allows property listers to market to specific prospects, says Thomas Byrne, chief marketing officer for LoopNet Inc.

From a potential buyer's perspective, paying allows access to every listing in the system and lets the user set up real-time alerts, giving them the first shot at new property listings.

In June, LoopNet Inc. went public; it's traded on Nasdaq exchange the under the symbol LOOP.

Byrne says the service is popular in hot areas for commercial investment, including Texas, Arizona and Florida.

An even greater departure from broker-managed MLS Systems is run by CoStar Group Inc., which distinguishes its self-named service through its commitment to information independence and objectivity. CoStar employs 1,000 researchers that investigate office, industrial, retail and commercial land in each of its target markets. Half of those researchers make phone calls to landlords and brokers keeping up on vacancies, leases, sales and more. The rest of those researchers investigate and verify that the real estate database is accurate and up-to-date.

CoStar makes money selling different levels of access to that database of information. But one of the difficulties of CoStar's business structure is its limited coverage area, a result of finite staffing resources. In January, CoStar expanded into Naples, Fort Myers, Bonita Springs and Cape Coral. In order to have historical data, photography and research, CoStar has been working in those markets since May 2004.

A third service features both the singular Web site, CCIMNet.com, and a growing software and linked database of local Web sites called the Catylist Network. Known as a "hub and spoke marketing-based system," the central point of the business plan is CCIMNet.com, the property-listing Web site. CCIMNet.com has been around since 1995, but in 2002, Catylist Real Estate Software Inc revamped the site.

Since then, Catylist has marketed its software and listing network to create local regional commercial information exchanges (CIE). A CIE is basically a grouping of real estate professionals that want to create a Web-based property listing system, but whose listing will not include any compensation agreement information. Catylist currently backs 40 local-regional CIEs, including Tampa's Florida Gulfcoast Commercial Association of Realtors and the Suncoast CIX Web site from the Commercial Investment Division of the Sarasota Association of Realtors Inc., set to be released in August. 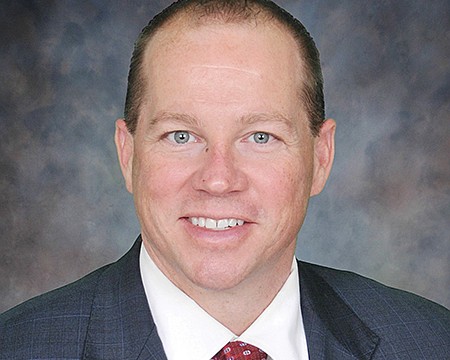 Broker of the Year: Broker Follows Own Rules