Deb Shuck used to wake up in cold sweats, wondering how she was going to make payroll or pay utility bills for her startup toy company that sold British party favors.

"Things were always breaking down," she says. If it wasn't the air-conditioning, it was the furnace. Even helping out the business' southern Indiana community by giving jobs to pregnant teens backfired - turnover was high because the employees didn't come back to work after giving birth.

On top of that, Shuck was doing it all on her own. Her husband and business confidant, John Gough, was running an insurance business 2,000 miles away in London. Not exactly an auspicious operation for Shuck, a born entrepreneur who sold tree seeds in pill bottles door to door when she was 5-years-old.

Times have changed. Now when Shuck, 47, goes to sleep, she can dream about the cold feel of steel, not wake up in cold sweats.

Shuck and Gough, 66, recently bought a floundering steel fabrication factory in Palmetto in Manatee County. The couple bought the company on a whim six months ago. "Deb and I have never been ones to flinch from a challenge," Gough says.

That whim, though, has turned into a whimsical success story. Since Oct. 15, when they took over the company, sales have gone up more than 300%. The company generated $600,000 in the year prior to their purchasing it. Shuck and Gough have booked $2.5 million in sales, and Shuck expects to reach $3 million by the end of 2006. What's more, Shuck has been aggressive soliciting new business, a practice the former owner of the company didn't do too much. Through her leadership, Manor Steel is preparing to complete its 100th bid for business in the next few weeks.

Not much seems to faze Shuck these days: Not growing a business she knew nothing about prior to her first day; definitely not the alleged difficulty of being a female boss in the male-dominated field of steel fabrication. When a recent visitor asked her about just that, Shuck, sitting in her in her scrappy, sparsely decorated office, cocked her head sideways, rolled her eyes and flashed an "are you kidding me?" glance.

And, most certainly, Shuck isn't fazed, nor slowed down, by her disability. She's an amputee. Her left leg is made out of stainless steel titanium, the result of a rare birth defect that left her without a hip joint.

Shuck says her parents raised her to feel normal and do the things all the other kids did. It worked, too. Shuck thought everyone climbed trees and played ball with a Fiberglass or steel leg. She scratched her leg up like someone else would cut her knee. "I was living," she says, "not protecting."

Shuck, soft-spoken yet firm, has long had that do-it-yourself bug. After her tree-seed venture, she moved on to the standard young entrepreneur jobs of running Kool-aid stands, babysitting and serving sodas at an ice cream shop. As a teen, she also sold greeting cards door to door in New Albany, Ind., where she grew up.

She graduated from Indiana University with a degree in speech communications and then later earned a master's degree in human relations and marketing from Webster University. In 1984, when she was 25 years old, she opened her first business, a one-hour photo booth. The concept wasn't popular then, Shuck says, but she succeeded by marketing to Realtors and property appraisers who needed pictures developed fast.

Shuck met Gough in 1985. They married in 1991. In the early '90s, the couple was living comfortably in the upscale London neighborhood of Wapping, near now-famous docks that were bombed by Germans in World War II. They counted Cher and Broadway singer Michael Crawford as neighbors. Grough was working for Lloyds of London, but it was when the company was going through some internal strife that threatened to derail its future. "We were worried someday it would all be taken away," Shuck says.

So the couple branched out. Gough stayed in London and began operating an insurance business. Shuck moved back to Indiana and opened America Goes Crackers Inc. The business sold crackers, a straw-like toy well known in England that snaps apart with a prize in the middle, usually a paper hat, motto or joke.

"It was great fun," Shuck says, selling crackers to cruise lines, wedding parties and politicians. She had a van decorated with crackers, and she and her sales team drove it around the country to toy shows, to Atlanta, Boston and Chicago.

The tough part was being so far away from her husband and making the business grow. Shuck and Grough ultimately sold America Goes Crackers in 1997. Shuck says they made about $350,000, most of that due to the escalating value of the four acres on which the company stood.

Despite the tough experience, Shuck left America Goes Crackers with a desire to run another business.

After leaving London and relocating together to Florida, Gough earned his Realtor license and became a business broker. One of his recent clients was Martin Skiffington, who had run Manor Steel Fabricators since the early 1980s and was looking to retire.

A relative of Gough's business partner had run a similar steel business in Maryland. Not much in the way of background, but Shuck and Gough went ahead anyway. The couple mortgaged their home in the Inlets in Manatee County and a second home in Indiana to pay for the business. They used retirement savings, too.

Manor Steel fabricates and prepares steel for commercial buildings. Current projects the firm provides steel for include five condo buildings damaged by hurricane Charley in Port Charlotte and a new building in University Park, on the border between Sarasota and Manatee counties.

Shuck has been aggressive in courting new business. She and Gough go to networking events and try to chat up contractors regularly, to get their name out there. Shuck has also enrolled in minority-women-owned business groups for leads.

Shuck orders most of the steel from a plant in Alabama. The beams are cut to the necessary length first. "It costs more to get them that way," Shuck says, "but it cuts down on the man-hours in the long run." After receiving the steel, Manor still must prep it to meet a specific order.

Even though Shuck took over Manor with no knowledge of the steel industry - unless, she jokes, that includes her leg - she grasped the business side quickly. She updated Skiffington's DOS computer system to more advanced software that does a better job of tracking sales and revenue. She automated the system for estimating new jobs the firm intends to bid on, too.

She also learned quickly about the need to have a pair of essential business tools: staff and cash. On the latter, she says relying on credit and family savings has been essential to keep the business going, especially when they first bought it.

Staffing is another issue. Manor Steel has about 12 employees working on the floor who weld, melt and shape the steel. Shifts run from about 7 a.m. to 6 p.m. during the week, and there are overtime opportunities on Saturdays.

The challenge, Shuck says, is maintaining a reliable workforce to meet the demand. One employee just stopped showing up. Another recently reappeared after a sudden unexplained departure.

Shuck says she is learning how to know when to be empathic to worker's issues and when she might be taken advantage of. "I've learned how to curse, too," she says. "I've never had to work in this kind of labor force."

The issue is pressing, as Shuck wants to expand. One aspect Manor is lacking in, she says, is having an in-house erector crew that can go to sites and put the steel in place. Having that would make the firm more competitive.

Shuck has had some help in the early going. Kevin Haddix, who had been a project manager under Skiffington, is still involved in the day-to-day operations. And Gough works for the company, too, referring to himself as a glorified errand boy; on a recent afternoon, he drove a shipment to Naples because no one else was available.

"It's challenging," says Shuck, "but exciting." 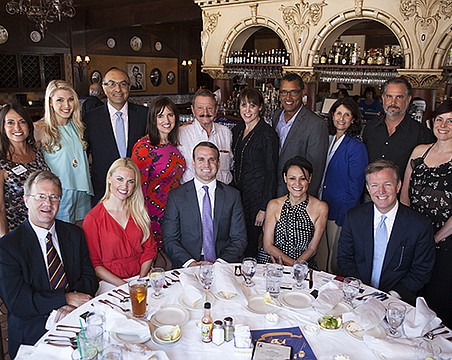 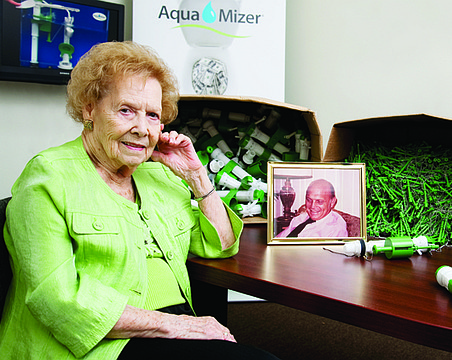 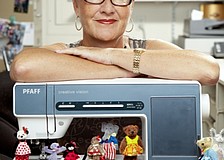 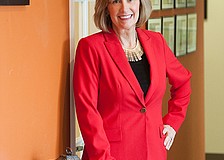