For the purchase and capital improvements, "we put in equity," together with an existing loan of $20 million, Vilim said. The acquisition was completed by Fund VIII QO Tampa, the name used for the transaction.

Built in 1985, the Oaks Apartments requires a second round of physical improvements, Villim said, to get the units back to Class A status. Waterton will also manage - construct and operate the property - under the name of Waterton Property Management and help "optimize its operations."

Waterton has invested in similar types of apartments in Florida, including Montery Lakes Apartments in Largo, Jasmine Apartments on West Waters Avenue in Tampa, The Reserve at Clearwater and in Orlando, Miami and Pembroke Pines. The company specializes in older properties that need capital improvements.

Without disclosing details, Vilim said that the company is looking at another 300-unit apartment complex in Tampa built in 1989.

Archerd Kingsway LLC bought 100 acres of pastureland and orchard groves from the Henderson family for $4,068,385. The acreage is at the northeast corner of Kingsway Road and U.S. Highway 92 in Brandon.

Frederic M. Archerd and Joellen W. Acherd, managing partners of Archerd Kingsway LLC, plan to build 299 single-family homes, starting at $200,000. Ground breaking for the new development will be held in April and construction is expected to begin before year-end, Archerd said.

Palazzo Di Oro, an Italian phrase for "Palace of Gold," is the name given to the affiliate of Snell Isle Realty LLC that purchased a senior living facility at 3600 34th St., St. Petersburg, for $5.3 million. Bayonet Point Village LLC was the seller.

The former assisted living facility, which includes 120 units on 7 acres, is being transformed into an independent living facility, including a mix of studios and one- and two-bedroom units.

"We are carrying out million-dollar improvements of the existing rooms," said Harshadrai Mistry, managing partner of Snell Realty and one of the owners. Harris Dobkins, another partner, lives at the facility. Landscaping and asphalt parking has already been completed, said Mistry. The facility also includes a disco, large swimming pool, banquet hall, two kitchen facilities, a library, tennis court and a crafts room.

The facility is now 50% occupied, Mistry said, and with new models the owners expect a favorable reaction from potential tenants.

The 100,200-square-foot center, which houses a Publix supermarket, Pizza Hut, Dollar Tree and Subway, will be remodeled, said Robert A. Whelan, managing partner of PMAT Real Estates Investments. "It's a long-term investment and we are going to hold on to it for some time before reselling it," Whelan said.

According to PMAT's Web site, the center is now 96% leased with a mix of retail, restaurant and service uses.

Abberger headed the chamber's International Committee prior to this newest appointment, and he will become chair of the Committee of One Hundred next year, according to a press release.

The Florida Gulfcoast Commercial Association of Realtors Inc., a forum that provides networking and educational services for real estate professionals in Hillsborough, Pasco, Pinellas, Polk, Manatee and Sarasota counties, recent gave 2004 Pinnacle Awards to the top brokers and Realtors in the region.

Cushman & Wakefield's Patrick Berman, Mike Davis, Bruce K. Erhardt and Andy May were the top producers in terms of the gross volume of transactions in their respective categories.

While Davis won two awards topping the industrial and investment categories, with an overall transaction size of $184 million, Berman received the highest honors for topping the retail section with transactions totaling $170 million. Erhardt and May topped their land and office segments with gross transactions of $87,611,438 and $58,400,00, respectively.

The office deal of the year went to Cushman & Wakefields's Jim Paladino and John Fish for the Capital One/Wellcare transaction, the size of which was 210,000 square feet.

All Cushman & Wakefield winners work out of the firm's Tampa office.

The award for deal of the year in the industrial category went to Pat Marzulli and Christopher Leonard of Colliers Arnold's Clearwater office for leasing one of two buildings - a 93,000-square-foot building on First Avenue South in St. Petersburg. The two-building property, with a total of 243,000 square feet, formerly belonged to R.R. Donnelley Printing Co. Colliers Arnold represented the new owner, Witteck Rugby, in the leasing of the building and the repositioning of the premises from a single-tenant property into a multi-tenant property.

Prudential CRES's David Spezza won the investment deal of the year for the sale of Seminole's Starlight Plaza for $4,735,000, which was considered "a difficult deal to close."

Land deal of the year witnessed a tie between Bill Eshenbaugh of Eshenbaugh Land Co. and Mark Cooney of Advantis Real Estate.

• The ownership of what was known as Colonial Grand at River Hills at 6900 Aruba Ave., Tampa, changed hands. Los-Angeles-based National Commercial Ventures LLC acquired the multifamily rental property under the name of River Chase Florida LLC for $46,250,000 from Colonial Properties Trust of Birmingham, Ala. The new owners obtained a mortgage of $47 million from Philadelphia-based RAIT Partnership LP. 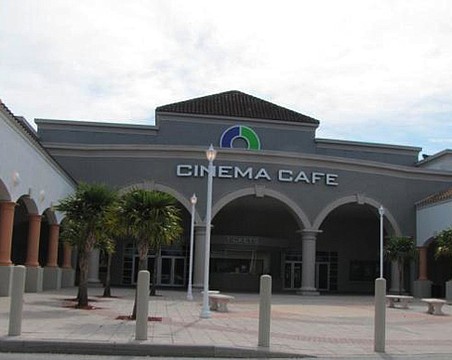 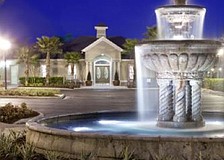 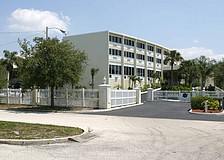