TRG Member LLC, an affiliate of Greenwich, Conn.-based The Richman Group of Cos., has begun demolishing the former Winn-Dixie warehouse at 2450 E. Hillsborough Ave. to make way for 360 multifamily residential apartment units.

"We expect the apartments to be ready by March 2006," said Lydia Runkle, development secretary of West Palm Beach, Fl.-based TRG Member LLC, one of the three entities that obtained the mortgage for the proposed buildings.

The Richman Group of Cos. and its affiliates have been active developers of luxury and affordable residential units nationwide. According to a company Web site, it has developed more than 8,000 residential units. Among its Tampa Bay area apartments are Royal Palm Key, Morgan Creek and Grand Oaks.

The Minneapolis, Minn.-based Mosaic Co. obtained a mortgage of $17,642,640 as part of an $850 million security package for senior secured credit facilities, according to Kevin Brindley, the company's vice-president and treasurer.

Mosaic, born out of a merger between Cargill Crop Nutrition and IMC Global Inc., is the largest producer of processed phosphates in the world, with annual revenues exceeding $4.5 billion. It employs more than 8,000 people worldwide.

Mosaic's phosphate fertilizer plant in Tampa is at 8813 U.S. 41 South.

sold to a new investor

"Riverbrook was purchased based upon the strength of the Tampa market," Green said. "We intend to make several capital improvements, including new windows, new roofs, fresh paint and upgraded tenant amenities."

Green Realty, which has been investing in the Tampa market since 1998, used the name Riverbrook Realty Co. LLC for the transaction.

CB Richard Ellis appointed Scott Gray as the firm's new director of Central Florida, according to a Feb. 28 press statement. He will oversee management and leasing for Central Florida and Puerto Rico with a portfolio of about 10 million square feet.

"The challenge is to help CB continue the tremendous growth from the past year," said Gray, who comes to CBRE from MetLife, where he managed more than 3 million square feet of Class–A office, industrial and retail space as well as multifamily residential properties. Some of his clients included high profile companies such as GE Capital, LaSalle Partners, MetLife, SIBAG and Paragon group.

Gray will split up responsibility for Florida with two other directors in charge of North and South Florida.

Tampa, Miami and Orlando are in good company, ranking in the top five of the nation's leading commercial business districts with low vacancy rates, alongside the leader Orange County, Calif., and No. 3 Oakland, Calif. according to Cushman & Wakefield's 2004 Office Market Barometer.

The Barometer forecasts that by 2006 the vacancy rates for these three Florida CBDs will drop an average of three and a half percentage points and rental rate increases are expected to be about $.30 higher on average.

"The factors of vacancy rate declines and rental rate increases buoyed by optimistic forecasts establish these markets as currents leaders and future contenders," according to the Barometer.

However, Tampa and Orlando suburbs are categorized as "stabilizing" and "lagging," respectively. Notable suburban markets include Pinellas, Miami and Palm Beach, the Barometer notes.

The company expects favorable returns from its Tampa property in 2005 based on PKF Consulting's projections of Tampa being among the top five cities with improved room rates, according to President/Chief Executive Officer J. William Blackham.

Madden's election resulted from a series of events arising out of T. Clay Phillips' resignation when he became employed by the Hillsborough County Clerk of the Circuit Court. 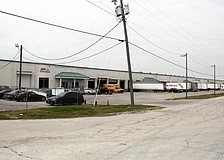