"We have experienced such dramatic growth over the past two years," Green says. "With such growth, it has never been more important to ensure our levels of consistency and involvement in the field as well as our responsiveness and efficiencies. With Huskey and Clark in place to oversee the Florida operating companies, I can focus my efforts fulltime on my responsibilities as NRT senior vice president. I am confident that this new vision for Florida will strengthen our local focus and enhance our ability to cater to the unique needs of our clients within each market."

Huskey, formerly the regional vice-president for Coldwell Banker Residential in Orlando, has been appointed president and chief operating officer for the Florida West operating company, which includes Northwest Florida, Sarasota Bay, Southwest Florida and Tampa Bay. Huskey also will oversee the Sarasota home office, which will continue to provide support services to all of Florida.

Huskey has served as branch manager, district manager and regional vice president, and is a past president and Realtor of the Year for the Orlando Area Association of Realtors.

"Our operations along the West Coast of Florida represent some of the most extraordinary residential real estate opportunities in the world," Huskey says. "From the explosive condo market on the Emerald Coast of Northwest Florida to the magnificent properties of Marco Island in Southwest Florida, the potential is unlimited."

Clark, formerly the regional president and COO for Coldwell Banker Residential in Orlando, has been appointed president and chief operating officer of Florida East, which includes Broward, Central Florida, Miami-Dade and Palm Beach, with the administrative office located in Weston. Clark is a past president of the Orlando Realtors group.

Page has been appointed regional senior vice president of the Central Florida Region. He has an 18-year history with NRT and comes to Coldwell Banker Residential from New Jersey.

Coldwell Banker Residential is the largest real estate brokerage company in Florida. The company now has nearly 8,000 sales associates serving homebuyers and sellers from 164 office locations throughout the state. On a combined basis, Coldwell Banker Residential Real Estate Inc. was responsible for $18.9 billion in closed sales volume and 75,585 total units sold in 2003.

Coldwell Banker Commercial NRT is the commercial real estate arm of NRT and has office locations serving major markets throughout the United States.

Both are members of the NRT family of companies. NRT Inc., a subsidiary of Cendant Corp., the nation's largest real estate brokerage company. NRT has more than 950 offices and 55,000 sales associates operating in about 30 metropolitan markets. In 2003, NRT posted $167 billion in closed sales volume.

"We really have virtually no plans there," Daves says. "We have tenants that we have obligations to. We really bought it as a piece of good property."

Michael Saunders real estate agent Saint Cacchiotti, who brokered the sale with partner Gail Wittig, says Daves had been watching the property for about two years now. Daves, who lives in St. Armand's, says the property first caught his attention during his first visit to the area.

"The first time I came in 1993, the Chart House was one of the first pieces of property I saw," he says. "It became part of my memory of Longboat Key. It sits on one of the prettiest pieces of waterfront property in all of the Sarasota areas."

Daves is best known for constructing the Ritz-Carlton in downtown Sarasota a few years ago. More recently he was involved in the purchase of the former 50-unit Surfview Beach Resort, which overlooks Lido Beach, and two other adjacent parcels. He plans to raze those buildings to make way for the $40 million Azure condominium project. In East Manatee County, Daves and his partners, golf legends Jack Nicklaus and Tony Jacklin, are about to start on a 500-acre, five-star, golf course community called The Concession.

Daves and Property Markets Group, which used the corporate name of CORE/PMG Longboat LLC, mortgaged the restaurant property to Gold Bank for $4.72 million.

"We're going to bulldoze it," Michael Brown says. "We're going to build a 6,700-square-foot building there. It's a great location in the heart of Sarasota. We are a growing company and have just run out of room. I hope we can get started there in the next 45 days."

Once the insurance firm has relocated to the new building, Brown says he plans to lease out the company's current 3,200-square-foot office building, 3135 S. Gate Circle, Sarasota.

The insurance agency mortgaged the property to Bank of America for $1.28 million.

Mark Rasmus and Brit Svoboda's R&S Development Co. have started development on phase II of Two Rivers development, 515 27th St. E. just off SR 64 in Bradenton. The building permit estimates the cost of the new 13,000-square-foot office building at about $1.6 million. The new flex (warehouse and office) building can be divided up into 11 units.

"We have started the site work," Svoboda says. "We should go vertical in the next few weeks."

The partners also have filed an application to develop an office and self-storage facility in downtown Sarasota.

R&S Development plans to renovate the 4,200-square-foot historic Waterworks building on 10th Street, with plans to lease it out as office space and to build a 3,000-square-foot office building next door. The Waterworks renovation is a joint venture with Frank Howell.

Behind those two office buildings, Rasmus and Svoboda plan to build a four-story self-storage building with about 68,000 square feet.

"With all the new high-rises in downtown ... there is definitely pent-up demand for high-end storage," Svoboda says.

Bradenton attorney Margaret Lambrecht purchased a 3,100-square-foot office building at 537 10th St. W. in Bradenton from William and Dorothy Garland for $500,000. The building is the former law office of Garland Padelford & Kaklis. Lambrecht's legal practice, known as the Consumer Law Center because of its focus on consumer representation, previously leased a small office at 310 13th St W. The practice currently employs three people.

Lambrecht, who acquired the property as Palmer Cary LLC, mortgaged the property to Money Consultants Inc. for $265,000 and the Garland family for $234,000.

"We are talking to some national restaurants," Seidel says. "The problems with the previous restaurants (Sammy Frogs and J Ryan's on the Grill) really didn't relate to the location. I think their problems came mainly from internal issues."

The property has about 100 parking spots it shares with its neighbors. The restaurant is listed to sell for $3.3 million or to lease at $17,000 a month.

The Kodras, who used the corporate name of PAG Group, mortgaged the restaurant property to First State Bank for $1.68 million.

Dr. Bruce Trotman, operating as Trotzale Properties, purchased a small building with about 1,500 square feet at 5716 21st Ave. W. in Bradenton from Roger Roberge for $415,000.

"It was being used as a home, but we are planning to demolish it," says Trotman, whose practice is known as Digestive Disease Specialists of Manatee. "We are going to try to get it annexed into the city. The property is really near Blake Hospital. I'm going to develop a 9,000-square-foot office building there, with four 2,200-square-foot units."

Digestive Disease Specialists would occupy one of the units, and Trotman plans to open an endoscopy center in another of the units. Trotman says that units will be offered for sale or lease, and he hopes to attract other medical users.

Trotzale Properties mortgaged the property back to the former owner for $125,500.

Yellowfin Yachts is building a new 36,000-square-foot steel-engineered manufacturing and office facility behind its existing building, 6593 19th St. E. in Sarasota. The building permit lists the construction cost at $750,000.

"We are just running out of space," says Wylie Nagler, president Yellowfin Yachts. "We are probably going to rent (the former building) out. So far, we have broken ground and pored the slab. We are really trying to add another four to five employees. We are just really trying to increase our efficiency."

Yellowfin Yachts' operations are presently spread among four buildings, and could all be consolidated into the new facility.

Solomon Construction is the general contractor, and Nagler hopes to complete construction by January. 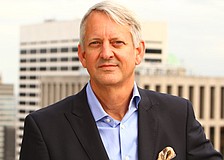 Blast from the past in real estate