Russell A. Currin Jr. will be noted in history as one of Sarasota's tallest, yet quietest business giants.

Russell A. Currin Jr. may have planned it this way, though we'll never know.

Currin died Feb. 20. As of this writing the only notice of his death was a paid obituary in the Sarasota Herald-Tribune. There were no front-page headlines.

But here's the thing: When the history of Sarasota is written, Currin should be, and will be, noted as one of this region's tallest business giants of all time.

For the past 22 years, Currin served as chairman of the board of trustees and guiding light of FCCI Insurance Group, one of Sarasota's few extraordinary successful and largest homegrown business ventures. More than any one person at FCCI or on its board, he is credited as the visionary who conceived and led FCCI's transformation over the past decade from a single-product Florida-based worker's compensation self-insurance fund into a $500 million (annual premiums) property and casualty insurer that does business in 14 states from Florida to Michigan, insures 13,000 policyholders and employs nearly 1,000 people.

And yet, ask the average Sarasota businessperson or average Sarasotan if he has heard of Russell Currin Jr., and he most likely would say no. That's what Currin preferred.

"He never took personal credit for anything," says Doc Benjamin, FCCI's corporate counsel for the past 15 years. "I never saw Russ step up and say 'I did that.'"

Adds Bill Getzen, an FCCI board member who knew Currin for 45 years: "Russ was the most forthright and honest individual I've ever dealt with. He was the epitome of 'What you see is what you get.' He didn't put on false airs. He was a very humble man, a very quiet man."

When FCCI dedicated its new corporate headquarters in east Sarasota County about four months ago, the company named the building after Currin, a gesture that is memorialized in a marble platform and plaque in front of the buildings. At the dedication, Benjamin recalls, Currin took no credit for his contributions to the company, which span 40 years as a board member.

Says Benjamin: "I remember his speech. He said, 'If you hire smart people, they make you look good.'"

Currin's son Peter, a Sarasota lawyer: "He spent a lifetime of trying not to take credit for anything."

Currin died at age 69, the result of cancer. A Sarasota native and graduate of Sarasota High School and the University of Miami, he entered Sarasota's business world in the early 1960s after serving five years in the U.S. Air Force flying F-100 jet fighters. He went to work for his father at Logan & Currin Contractors Inc., then one of the oldest contracting firms in the county.

A few years earlier, in 1959, Currin's father has become on of the founding board members of the new self-insurance fund for local contractors established by longtime Sarasota businessman Gil Waters. That fund, an offshoot of the Gulf Coast Builders Exchange, later would evolve into FCCI Insurance Group.

After Currin Sr. died in 1964, Currin Jr. continued his father legacy. He had acquired his father's 50% ownership in Logan & Currin and stepped into the board seat on the self-insurance fund. And so began Currin Jr.'s 40-year association as a member of FCCI's board of trustees. "When he came on the board," says G.W. Jacobs, president of FCCI, "premiums were under $100,000 a year."

For the next 26 years, Currin and his partner, Jack Bryant, where active Sarasota developers, not only in their owner ventures but with another contractor, a plumbing contractor named Ron Foxworthy. Foxworthy is also among the longest-serving FCCI board members.

The capstone to Currin's development career came in 1989. He and Foxworthy developed Laurel Oak Estates and Country Club, one of east Sarasota's priciest and most successful single-family home developments. Laurel Oak's golf club became one of Currin's frequent recreational escapes. He played two to three times a week there in recent years. "He was a very passionate golfer," says his friend Getzen, "although he would acknowledge he was not a good golfer."

That may be because of his real passion. By the time, he developed Laurel Oak, Currin already had served seven years as chairman of FCCI's board. This once-tiny self-insurance company by then had begun mushrooming into a big, serious venture - providing worker's compensation insurance coverage to thousands of Florida construction workers.

Currin became chairman because of his character. "The board looked to him for leadership," Foxworthy says. "He had an awful lot of vision. He was a very methodical individual. He was the most honest person I've ever met in my life. I was either right or wrong with him. And whatever was right is what he was going to do. He was so well-respected by the board no one ever thought about changing the chairman's position."

Adds Getzen: "He always seemed to be a step ahead of everybody else. He had an innate intelligence. He was a very instinctive and had a good analytical mind. He would look at situations, and he could see things that others couldn't see things that others couldn't see. He would say, 'This looks like this may be happening in the next few years, and we ought to prepare for it.' In most cases, he was right."

Getzen continues: "We were number one and acknowledge as the premier workers' comp carrier. He could see that there was going to be problems on the horizon because of the regulatory forces in Florida. The insurance department was regulating the premiums - increasing benefits and yet reducing the premiums. If you go on that line to the ultimate, you're going to go bankrupt. Russ was one of the leaders who said we need to branch out into other lines of insurance and into other states.

"That was difficult to do," says Getzen. "In hindsight, we can see that was the right thing to do. We're still standing tall while a lot of comp companies have fallen by the wayside."

Echoes Benjamin: "Nearly everything Russ was concerned about the future happened."

From where did Currin get this remarkable business instinct? He wasn't a micro-manager board chairman who hovered around the corporate headquarters and pried into day-to-day operations. "I don't know where it came from," Benjamin says. "I've often thought about that. I brought in a guy from one of the largest law firms in New York City for a sophisticated financial matter. After working with Russ, he told me 'Russ is just an extraordinary leader.'"

Foxworthy, Getzen, Benjamin and Jacobs all describe Currin's leadership style as one of a listener. "He never said very much," Foxworthy says. "He was a doer. The way I always described him is as a gentleman's gentleman, but he carried a big stick."

At board meetings, Currin often would throw our new ideas. Many of them would be rejected. "But his favorite line," Benjamin says, "was: Don't worry. We'll bring it out of the refrigerator later. He had an uncanny knack of bringing things to the surface at the right time."

Benjamin says he learned this from watching Currin: "Never sell anybody's ideas short. You might be the problem not the person you're listening to."

Adds Jacobs: "Russ was a real quiet guy. When he talked, everybody listened. He let everyone talk on the board, and after they got through, he summed up and told you where he was coming from.

"He always asked the hard questions, always challenged the management group," Jacobs says. "Even though he was 69, he always pushed the technological buttons. His latest thing, even at last month's board meeting, he was talking about whether it was time to make another acquisition. He was always making sure we don't get too complacent."

Summarizes Getzen: "He was a man's man - a man that another man would like to be around and be with, deal with and socialize with. He was one you could put complete faith and confidence in." 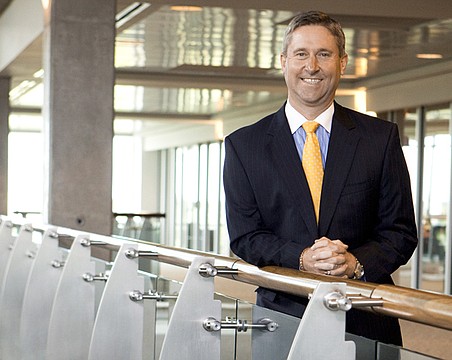 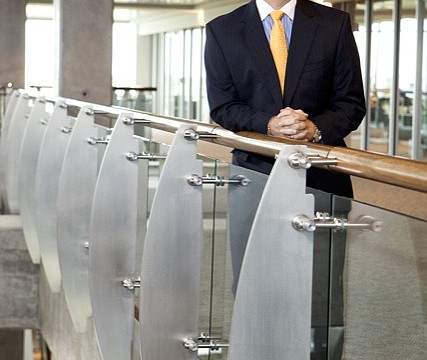 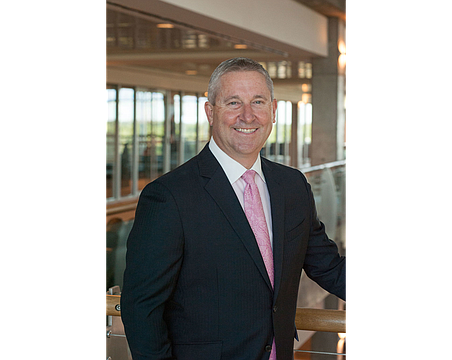 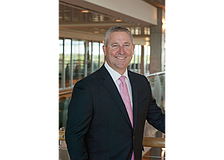