Referrals are a way of business for Henry Valenzuela. It's lucrative, too. His law firm collected about $50 million

on behalf of clients since its formation in 1996.

Henry Valenzuela just finished a tough job. A few weeks ago the Tampa attorney successfully negotiated a confidential settlement in a wrongful death claim against Bayfront Medical Center and several physicians. The agreement concluded about 20 months of litigation in the 6th Judicial Circuit over the medical treatment given to a 9-year-old Pinellas Park girl fatally injured in an auto wreck.

Just a few months ago the family of a slain 71-year-old Tampa woman retained Valenzuela in a potential multimillion-dollar wrongful death action. The lawsuit filed in the 13th Circuit claims inadequate security at a South Tampa apartment complex contributed to her death.

Despite the obvious dissimilarities, these two lawsuits also share one other thing in common. The families originally contacted other personal injury attorneys. Because of the complexity of the circumstances, those attorneys referred the families to Valenzuela.

Referrals have been the way of business since 1996 at what first formed as Henry E. Valenzuela & Associates PA and just recently became Valenzuela & Stern PA. Valenzuela considers the law firm's business plan a success, considering it has collected about $50 million in actual settlement, judgment and verdict dollars on behalf of its clients. He attributes the law firm's ability to win such referrals as an essential element to its growth.

"I've got relationships with attorneys all over Tampa based not only on the results we've achieved for them but the professional manner in which they're treated," he says. "It's important to me that we treat the people that we see in this business with as much dignity and respect as possible. That includes everyone from the opposing counsels, to the opponents, to the courts.

"It is easy to go down the dark path," he adds. "That really doesn't solve any problems. It's not going to get you places, and you probably won't last very long in this business if that's your approach."

If that sounds like puffery, then just ask Tampa attorney Glen Burton what he thinks about Valenzuela. Burton is a civil defense lawyer who first met Valenzuela years ago in the courtroom as an opposing counsel.

"I think the world of Henry," says Burton, managing partner of Burton, Schulte, Weekley, Hoeler & Beytin PA. "We've had many a case against one another, and we've never been on the same side. I have a great deal of admiration for him."

There is a good reason why Burton is willing to express publicly such admiration.

"No. 1, he is extremely ethical, and that is very important to me," he says. "But the man fights. That's what he does. He is a warrior. He's very bright, works exceeding hard. That's what it is. You have to admire those qualities.

"Henry has integrity," Burton adds. "To Henry, integrity is not just a word. It's a way to live his life. He is a devout family man."

The years of competitive battle against Valenzuela also has taught Burton an important lesson. "I jokingly tell Henry the secret to him is knowing whether he's at war or peace," he says. "He can do either. Henry will battle you, but not down in the mud. So we fight each other. If you don't fight Henry, he's not going to respect you."

Valenzuela adds: "I never approach litigation from a personal antagonistic viewpoint. That approach will eat you up inside. It will tear your personality apart."

Since it relies solely on referrals, the law firm does not advertise. Except for line ads in the phone books, he says, the law firm forgoes traditional personal injury promotional work through print, TV, radio or billboard advertising. "It's 100% driven by the results and the manner in which I've treated people over the years."

There is another reason why he doesn't advertise. Florida Bar rules prohibit him from touting the law firm's success. "It takes the best feature out of the game," Valenzuela says. "Your law firm has to have the infrastructure and the commitment to advertising. It's not something you can dip your toe into."

Unlike some personal injury firms, Valenzuela also says the Valenzuela & Stern business plan focuses more on the individual client rather than the number of clients. "I do these cases myself," he says. "I'm not delegating, because (the lawsuits) require a high level of attention from an experienced lawyer. So that limits the number of cases I can take. It's just a different business model."

There is another reason why Valenzuela prefers the more qualitative approach to litigation. He says any other focus on such complex wrongful death and medical malpractice lawsuits would leave his clients vulnerable. "The caliber of the defense bar in the Tampa area is very high," he says.

The basis for the firm's business plan builds on the nearly 20 years of legal experience Valenzuela has accumulated. It also draws on his training as a certified public accountant. "I think my CPA training has allowed me to be much more efficient in the business management part of it," he says.

Early in his life, Valenzuela discovered a talent - one that lies at the core of his competitive spirit. He could hit a baseball harder and farther than nearly every other kid in the Tampa youth baseball leagues. That skill earned him a spot on the varsity baseball team at Notre Dame University.

By the time he graduated, Valenzuela had become the school's all-time homerun hitter. Dreams of becoming a professional ballplayer nearly became a reality as he tried out with the Milwaukee Brewers Major League Baseball team.

But Valenzuela took a moment of introspection. He says his experience with some of the top college baseball pitchers taught him a humble experience. Despite his athleticism, he didn't have the wherewithal to master explosive Major League sliders or the massive cut of a breaking ball.

In consultation with his father, Henry, Valenzuela opted for a presidential scholarship to the Duke University School of Law. He acquired a taste for litigation while preparing for a moot court championship and earning a spot as runner-up.

With a desire to practice his own style of law, however, Valenzuela abandoned the security as a firm partner in 1996 to form his own firm. A year later, he hired Todd Stern as an associate.

Last month, Valenzuela recognized Stern's work by naming him as a shareholder.

"Todd achieved certain milestones, and he is a high quality person, which is very important to me," Valenzuela says.

Three years into the law firm's existence, Valenzuela took a huge gamble. On a referral, he agreed to represent Tampa Tribune columnist Tom Jackson and his wife, Debra, in a wrongful death claim against the developer of the Hunter's Green residential community in New Tampa and its homeowners association.

Valenzuela says no one else would represent the couple on the argument that landscaping and shrubbery at the community's entrance contributed to an auto accident that injured Debra; killed the couple's 11-year-old daughter, Katherine; and left her then 7-year-old sister, Elizabeth, severely disabled.

"What I do is 100% contingency," Valenzuela says. "It's not for the faint-hearted. You're constantly gambling your time and money."

The lawsuit came with problems. For one, the driver of the truck that hit the Jacksons, Harold Vann, already had been convicted and imprisoned on charges of manslaughter while driving under the influence and DUI with serious bodily injury. Even though Debra was never charged, Valenzuela says, outspoken members of the Hunter's Green community accused her of causing the accident.

During a jury trial in March 2001, Valenzuela argued the developer removed and replaced the landscaping foliage originally approved by Hillsborough County planners. The jury brought back a $17 million award in the Jacksons' favor. The couple later settled to avoid an appeal.

Although it became one of the law firm's largest settlements, Valenzuela says the jury verdict meant more than just a dollar figure. He says it exonerated a woman unjustly accused of harming her own children.

"That should have been as prominent if not more prominent than the $17 million verdict," he says about the publicity over the jury verdict. "In this day and age you would think people would have more compassion, but I think that is something sorely missing from our culture."

The Jacksons' lawsuit taught Valenzuela several lessons. "The Jackson case was an ultimate test of nerve, and a belief in oneself against all odds," he says. "You're gambling a substantial amount of time and money. It's me. The defense attorney isn't gambling his time or money. So this was a different degree of pressure. It's like wildcatting." 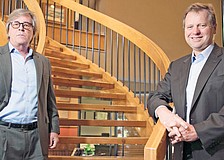