SINGAPORE - Satrya Wijaya Teja, a Jakarta-based lawyer for two U.S. hedge funds, took a business trip in October that included a six-hour boat ride through forests and a night on the floor of a local mosque.

His mission: to recover more than $250 million that Gramercy Advisors LLC and Oaktree Capital Management LLC say they're owed by a unit of Asia Pulp & Paper Co., which has $13.5 billion in debt. After almost three years of failed talks, Teja visited a courthouse on the Sumatran island of Bengkalis - about 621 miles from Jakarta - to file an application to seize the company's nearby pulp mills.

"The long journey shows the extremes creditors must go to as they try to recoup their money," Teja said. His clients are among U.S. and European creditors in disputes with Asia Pulp & Paper since the company, owned by Indonesia's Widjaja family, stopped paying in March 2001.

Such risks have kept investors out of Indonesia. Foreign direct investment approvals in Southeast Asia's biggest economy slid to a nine-year low of $9.7 billion in 2002. The government agency charged with selling assets seized after the 1997 financial crisis has yet to sell assets worth $4.7 billion before a February deadline.

"There's little recourse," said Desmond How, who manages $3 billion at Prudential Investment Corp. in Newark, N.J., including $20 million in Asia Pulp & Paper bonds. "They have pretty antiquated bankruptcy laws which are creditor-unfriendly."

The pitfalls aren't unique to Indonesia. In Asian nations from China to Thailand, international creditors such as Citigroup Inc. have entered legal wrangles after local borrowers defaulted on loans.

In China, Fujian International Trust & Investment Corp., Fujian province's investment arm, stopped payment on $100 million of dollar bonds and $132 million of yen bonds in 2002 after the central bank liquidated the trust under a plan to revamp state investment firms.

The closure came even after Fujian province's government posted annual revenue of 42.4 billion yuan and its foreign reserves climbed 54% to $6.7 billion in 2001. Chelsea sued in a New York court, which ordered Fujian to repay the $2.1 million. Japanese creditors haven't been repaid, said Taku Hashimoto, a spokesman for Aozora Bank Ltd., the bonds' administrator.

In Thailand, creditors including Citigroup, the world's biggest financial-services company, and International Finance Corp., a World Bank unit, have been fighting in bankruptcy court since 2000 over money they say they're owed by Thai Petrochemical Industry Pcl. Thailand's biggest defaulter stopped paying creditors in 1997 and currently owes $2.2 billion.

The court handed management control of Thai Petrochemical to the Finance Ministry in July, drawing objections from creditors who said that Thai bankruptcy laws give them the right to appoint a manager.

"I don't think there's anywhere in Asia that you get good protection of interests in the event of default, but Indonesia's down there with Thailand," said Marshall Mays, a director of Emerging Alpha Asset Management in Hong Kong, which oversees about $50 million in Asian equities and bonds. Indonesia carries heavier risks for investors than its Asian neighbors, said Melissa Obegi, a Los Angeles-based lawyer for Oaktree in the Asia Pulp case.

"There is no semblance of a transparent process," Obegi said. "If you're dealing with a company that doesn't want to pay you back, it's incredibly difficult to count on that happening."

"We're trying to fix the laws and the enforcement," said Mahendra Siregar, a senior aide to Indonesia's top economic minister, Dorodjatun Kuntjoro-jakti. "We started from something so insufficient, so it's a learning process that will take time."

Asia Pulp isn't the only example of investors' vulnerability in Indonesia. The local unit of Canada's Manulife Financial Corp., the biggest foreign life insurer in Indonesia, was threatened with closure in 2002 when a Jakarta court declared the unit bankrupt after a dispute between Manulife and its local partner.

A judge in the case admitted to receiving "gratitude" money from winners in cases on which he'd ruled, without saying whether he took money in the Manulife case, an investigator with the Public Servants' Wealth Audit Commission said in July 2002.

Standard Chartered Plc scrapped a $125 million investment in PT Bank Bali in 1999 after the Indonesian lender was implicated in a corruption scandal. Bank Bali paid 546 billion rupiah it received under a government bailout to a company linked to former dictator Suharto's Golkar party, according to the Supreme Audit Agency, an independent parliamentary body that tracks government finances.

Former central bank governor Sjahril Sabirin was sentenced to three years in jail for graft over the incident, a conviction the High Court overturned in August 2002 on appeal. A Jakarta court rejected charges that former Bank Bali head Rudy Ramli and three others facilitated corruption.

In the Asia Pulp case, Oaktree and Gramercy are among dozens of international creditors - including Deutsche Bank AG, Goldman Sachs Group Inc., Citigroup and U.S. pension fund TIAA-CREF - that have failed to recoup debts.

"Foreign institutions were discriminated against in favor of local institutions or banks" in the Asia Pulp case, said Patrick Connor, a New York-based spokesman for TIAA-CREF, the world's No. 2 retirement fund. He said the fund, which manages $300 billion in assets, has sold the $12.1 million in Asia Pulp bonds it owned.

"When TIAA-CREF assesses an investment opportunity, it has to evaluate whether it is being compensated properly for the lack of an effective bankruptcy system and for generally weak corporate governance," Connor said in an e-mailed response to questions.

The only debt payments Asia Pulp has made since defaulting are interest on rupiah-denominated bonds, said company spokesman Gandi Sulistiyanto, referring to bond issues worth about $300 million. He said the company still owes $13.5 billion.

Oaktree and Gramercy have lawsuits pending against Asia Pulp units in Indonesia and the U.S., according to Rick Cooper, a lawyer for Gramercy, Oaktree and GE Capital Corp. - also an Asia Pulp creditor - in their New York lawsuits.

Asia Pulp filed countersuits against the two hedge funds in Indonesia in November, claiming that the debt was invalid and that the creditors owed it damages, court documents show. In December, a New York judge temporarily blocked Asia Pulp from pursuing those suits in Indonesia.

Asia Pulp bondholders including Citigroup and Goldman Sachs are nearing an agreement to reschedule $6.5 billion of debt after three years of wrangling with the Widjaja family, people involved in the talks said in December.

The Asia Pulp case and others like it have held lessons for international investors in Indonesia. "You become extremely careful what companies you are involved with in terms of corporate governance and transparency," said Peter Hames, who helps manage $4 billion of Asian equities at Aberdeen Asset Management Asia Ltd. in Singapore. "There are only a limited number of high-quality, liquid stocks."

Those risks haven't stopped Indonesian stocks from rallying as international investors pour money into emerging markets. The Jakarta Composite Index rose 73% in 2003 in U.S. dollar terms and has gained 12% in 2004 - the ninth-best performance among the world's major indexes so far this year, according to Bloomberg data.

The International Monetary Fund has poured $25 billion into Indonesia since the 1997-1998 financial crisis to fund changes including new bankruptcy laws, stricter regulatory supervision of companies, and training for judges. While the IMF's Indonesian lending program ended last month after six years of aid, some analysts say those changes are still a long way off.

"There's no legal system you can rely on," said Robert Broadfoot, managing director of Political and Economic Risk Consultancy Ltd. in Hong Kong, which advises businesses on investing in Asia. "You're just not getting a lot of new investment." 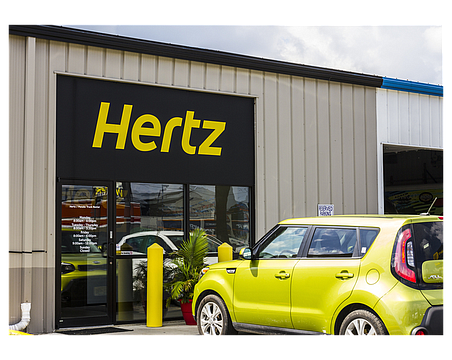 Tampa IT firm grows in Eurasia 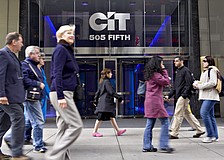