Two Sarasota businessmen will be recognized at the next Argus Foundation meeting. Charlie Stottlemyer and the late Jack Graham will receive Lifetime Achievement Awards.

Over four decades, military veterans and businessmen Jack Graham and Charlie Stottlemyer watched Sarasota transform itself into an entrepreneurial engine.

Next month, the men will be honored with Lifetime Achievement Awards by the Argus Foundation.

Graham, who is being honored posthumously, was best known locally as the owner/operator of Marina Jack, a city-owned property that prior to Graham's arrival had a history of being a business-killer. Graham's entrepreneurship really got its start in the mid-1940s, when Graham, a World War II fighter pilot, returned to the U.S. with more than the normal duty pay, which his daughter, Judy, suspects were his winnings from shooting craps. Graham invested in a Chrysler Plymouth car dealership in his hometown of Effingham, Ill.

In the 1960s, Effingham, a small farm town, became a major transportation nexus after two interstates and a railroad were built through the city, linking Chicago and Kansas City. Graham developed three successful Holiday Inns along the interstate routes. Graham also convinced World Color Press, then one of the nation's largest printing companies, to relocate its headquarters to Effingham.

All the while, Graham and his family made a habit of vacationing in Sarasota, a place Graham had fallen in love with during his time in the service. In 1965, Graham decided he could work from Sarasota and commute to Effingham, so he moved his family to the Gulf Coast. It wasn't long before he tapped into the local business scene.

The city was looking for someone to take over the lease of a waterfront restaurant in downtown Sarasota. "At the same time, (Dad) was poking around looking for something to do here," says Judy Graham, who owns Sarasota's Graham Interiors.

Gil Waters, who was a commissioner in 1967, says the building was desolate. "He was our savior," Waters says. "He built the restaurant into a real destination. It is unquestionably the waterfront restaurant of record in Sarasota. He was responsible for that."

Judy Graham describes her father as a "pencil pusher."

"He was very good with figures," she says. "We would go to church and by the end of church, his program would be completely covered with numbers. He had a knack for determining what things would cost and what to charge. He also had the terrific ability to find good people to run his businesses."

Even before Graham joined Argus, he was known for protecting his business from government aggression. "He had a wonderful rapport with the city," Judy says, "But he didn't let them get away with a lot. He beat the city at its own game. During one of the battles, one of the city commissioners called him a 'petty king of a fiefdom.' But he knew his rights."

Graham didn't stop with Marina Jack. He developed and invested in a number of businesses in Santa Barbara, Calif., and the surrounding area including Ventura, Calif.-based Dow-Key Microwave, a microwave switch concern, which he sold in 1989, and properties in Lexington, Ky.

One of Graham's last major business decisions for the Marina Jack is still ongoing. Bob Soran, the former chief executive of Bradenton-based Tropicana Products Inc., is in the midst of purchasing the marina from the Graham family trust. Graham died in June 2002.

Charlie Stottlemyer was another transplant to Sarasota; he grew up in Anderson, Ind. One of his earliest jobs was selling lumber at his father's business. After graduating from the University of Indiana with a B.S. in marketing, Stottlemyer joined the Army. Stottlemyer spent two and half years in the Korean War as an infantry lieutenant.

After his discharge, Stottlemyer found himself in a tight spot. He had a wife and child to support and no job.

"My parents had just moved to Siesta Key," Stottlemyer says. His father invited him to visit. "One day he (his father) said 'We should start a lumber company in Sarasota.'" His father gave Stottlemyer and his brother-in-law John Shoemaker enough startup capital to lease a small location, on Third Street and the railroad, now known as Fruitville Road, and a couple carloads worth of lumber. Stottlemyer & Shoemaker Lumber Co. was born.

Stottlemyer says it wasn't an easy battle for the new company; there were already six other entrenched lumber-distribution companies in Sarasota. "That was probably the biggest challenge," he says. "You have to remember that Sarasota had not arrived in 1954. That didn't happen until the late to mid-60s when things started to move, when the first condos started popping up on Siesta Key. We just did a lot of the work ourselves and took almost (no money) nothing out of the company. We were young and anxious to succeed."

Stottlemyer and Shumaker were forward thinking and ultimately lucky. Their company was the first lumber-distributor to offer roof-trusses and pre-hung doors, and the business operated during the heyday of independent lumber distribution before the big box companies capture the market.

The company became primarily a distributor for construction companies, with a much smaller retail business. "Ninety-five percent of our business came from the builders," Stottlemyer says, "that was maybe a 100 people."

In 1982, Argus was born over a lunch between Stottlemyer, Wendel Kent, chief executive officer of Wendel Kent & Co. Inc., a Sarasota highway construction company, and Robert Feid, then president of First Presidential Savings & Loan. The independent organization for business leaders was formed in response to a proposed two-year moratorium on new construction.

"It was really a case where the business community wasn't being heard," Stottlemyer says. "People thought development meant just more growth and traffic. The primary reason for Argus was to give voice to the business community. We didn't want to duplicate any organization." Stottlemyer served as the second president of Argus after Kent. Argus averted the moratorium and has since grown greatly.

In 1989, Stottlemyer and Shoemaker sold the Stottlemyer & Shoemaker Lumber Co. to the British company Meyer International. "There were questions over who (should) take over the leadership," Stottlemyer say. "The business had just gotten more complicated."

The Argus Foundation plans to honor Graham and Stottlemyer at the Lifetime Achievement Awards Nov. 13 at 6 p.m. at Serendipity at the Country Club of Sarasota, 3600 Torrey Pines Blvd.

Watchdog seeks to slow down 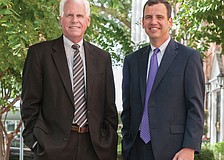 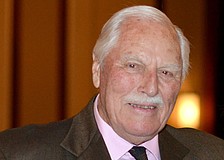