The new director of the Program for Social Responsibility in Corporate Reporting at USF St. Petersburg says companies and students welcome the business school's emphasis on propriety.

Who would ever know? Book that big sale a quarter early and you don't have to miss the debt-coverage ratio that triggers a technical default on your credit facility. Who has to know, except maybe your chief financial officer?

David F. Walker has been tossing around this kind of scenario a lot lately. Walker directs a new program at the University of South Florida St. Petersburg's business school. It's called Social Responsibility in Corporate Reporting, one of four "programs of distinction" that USF administrators hope will elevate the stature of their newly independent St. Petersburg campus.

Last spring, Walker posed the revenue-recognition question and other business you-make-the-calls to a classroom of lunchtime visitors. The sandwich-munching, soda-sipping attendees weren't all college students. In fact, many were retirees. (The community forum was in St. Pete, after all.) But there were a handful of local business owners sprinkled in, too. And they were the most adamant that a sale not be recorded until a customer unconditionally accepts the product.

Walker envisions more such dialogue. The conversation won't be confined to the classroom. Walker intends to reach out to more Tampa Bay area business leaders, whom he has found receptive so far. He is planning a conference on ethical decision-making in business for 2004.

"I've found this business community to be open to new ideas," says Walker.

As the business owners pointed out last spring, there are usually consequences to unethical behavior in the marketplace. If the customer ends up canceling that large order during the next quarter, the earlier period's results should be restated. What, then, will the lender think?

Walker is big on consequences. That may reflect his journey into academia.

Until 2002, Walker worked for Arthur Andersen LLP. The Big Five accounting firm imploded under the weight of the Enron scandal. A certified public accountant, Walker finished his 27-year Arthur Andersen career in Tampa, supervising a business advisory group spanning six offices in Florida and the Caribbean.

"I won't suggest that I would be here if Arthur Andersen was still around today," says Walker, without tie, in his modest office overlooking the Salvador Dali Museum. "However, I've found that this was a very appealing alternative to working in the profession."

Walker had offers to stay in public accounting. Arthur Andersen's obstruction-of-justice conviction didn't taint him or, he hastens to add, the vast majority of his 85,000 former colleagues around the globe. There were fewer than 100 employees in Houston who worked the Enron account.

"That's to say that it's unfair to try to paint with too broad a brush the actions of a few," says Walker. He appears glad when an interviewer moves on to what is happening throughout corporate America in the aftermath of Enron-style accounting.

Most people in business as well as those studying to go into business are all ears now.

Although the Bay area has more entrepreneurs than Fortune 500 titans, nobody should doubt the relevance of the new USF program. Whether tiny and private or mammoth and public, companies have to be square with their "stakeholders," Walker says.

"Stakeholders are expecting more out of their boards, in terms of fulfilling their fiduciary duties and making sure the organization achieves its mission," he says. Even privately held concerns have stakeholders. Walker identified a few:

×Venture capitalists who will only provide financing to enterprises with clean audits.

× Public companies that won't buy a private one with cooked books.

× Skilled workers who already favor better scrutinized public companies because the potential for fraud-induced unemployment is seen as lower.

Walker stresses to students and corporate leaders alike the need for independence in oversight.

"In too many examples, when that independence does not exist, it breeds a culture that is basically always approving of what the management team brings forward," says Walker.

A headstrong chief executive makes matters worse. "That presents a risk because typically that individual develops a following of people who like to say 'yes,' " says Walker. "It can detract from effective business decisions. In some cases, (it can) lead to less than appropriate, perhaps less than ethical decisions."

Ideally, corporate boards should keep their distance from senior management. "If you do have independent directors that are in a position where they can stand up to this domineering CEO, then the stakeholders at least have a chance to be considered in decisions," says Walker.

A new generation of college students wants to help implement these best practices, says Walker. The publicity surrounding corporate wrongdoing, coupled with a decline in information-technology jobs after the dot-com bust, has more business majors studying to be auditors.

Walker jokingly calls it, "the CSI factor," after the popular police dramas on television.

Sarbanes-Oxley Act reforms are kicking in. That means there ought to be plenty of work for Walker's students after graduation.

For entrepreneurs, with ambitions that might include an initial public offering, it all translates into higher audit-compliance expense. Says Walker: "It's increased the entry fee - if you want to think of it that way - to being a public company."

Family: Married to Wendy Walker; father of Alexandra, 15, and Madeline, 13.

Education: Bachelor of arts degree in economics and mathematics from DePauw University; master of business administration degree with concentrations in accounting, finance and marketing from the University of Chicago's graduate business school.

Work experience: Started at Arthur Andersen LLP's Chicago office in 1975; made partner in 1986; finished up at the firm's Tampa office in 2002. 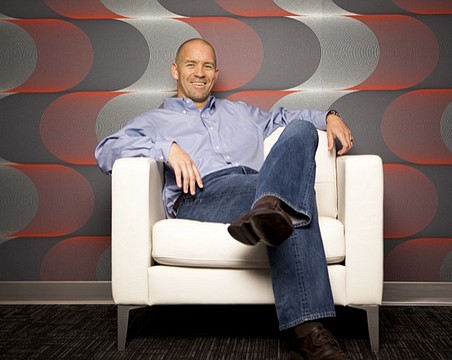 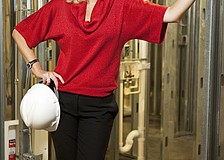