Enacted by Congress in 1969, the alternative minimum tax (AMT) was designed to ensure all taxpayers, specifically high-income earners, paid their "fair share" of taxes. By 1969, many special breaks for individuals such as deductions, exclusions and credits were part of the law. Many high-income taxpayers combine tax breaks and pay a relatively low income tax or avoid it. The AMT was designed to overcome this perceived problem.

The AMT's concept was simple - a minimum 10% tax on all income. Due to this low rate, few taxpayers were subject to AMT. Today, the law is dramatically changed. The Tax Reform Act of 1986 expanded the AMT and changed individual tax rates. And the exemption, which helps offset AMT, was only recently indexed for inflation. These factors contribute to more people being subject to AMT. By 2000, an estimated 1.5 million people were subject to AMT and by 2010 that number will rise to about 33 million. To make matters worse, the AMT for individuals has risen to a maximum 28%. (See sidebar.)

Why does the Alternative Minimum Tax stay in place? Two reasons. First, the tax produces revenue. Second, not enough people pay to generate a response at the polls. It is not hard to divine our lawmakers' opinion of the tax. Congress raised AMT exemptions for 2003 and 2004, but it lowered exemptions for 2005 and beyond to below the 2002 levels.

More Americans are affected by the AMT than those who pay the tax. There is a huge compliance burden. If the tax preparers billed separately for the extra costs of time, forms, software, etc. used to compute the AMT, perhaps more people would demand change. Remember, the revenue generated is actually only the difference between the regular tax computed and AMT. While a small number of taxpayers pay the tax, the overall cost to the American taxpayer of complying with this section of the tax code is probably higher than the additional revenue. But until more Americans realize the AMT affects them and demand action, they will continue to see AMT Form 6251 in their returns, even if it is just to prove they do not owe the tax.

The concept of effective tax planning for AMT is straightforward. Generally, each taxpayer should carefully analyze the items that cause AMT and develop a strategy to eliminate, minimize or shift those items into a year when AMT will not apply to them. The following example helps illustrate an effective tax planning strategy: In 2003, a married couple with two children has an adjusted gross income of $150,000 and itemized deductions of $32,000 (including $8,000 in real estate taxes). Also in 2003, the couple exercises $50,000 in incentive stock options (AMT tax-preference item). If the couple delays payment of the 2003 real estate taxes to 2004, they'll save $2,000 in income tax. The couple was in an AMT situation in 2003 so paying the real estate tax in 2003 would have saved no tax. Planning the payment of two years' real estate taxes in 2004 (a year in which AMT wasn't applicable) allowed them to save on the extra $8,000 deduction at their marginal federal rate of 25%.

Is there relief in sight?

Unfortunately, AMT has become a hidden technique to raise taxes. This is not consistent with its original intent of tax fairness.

The American Institute of Certified Public Accountants strongly supports repeal of the AMT. If repeal is not possible, the AICPA calls for further indexing of the AMT brackets and exemption amounts for inflation, eliminating itemized deductions and personal exemptions in arriving at AMT income and providing an exemption from the AMT for low- and middle-income taxpayers with a regular tax adjusted gross income of less than $100,000.

How to compute the AMT

So how does a person preparing a tax return compute the AMT? The starting point is on the second page of Form 1040.

× "Taxable Income," which is the Adjusted Gross Income (AGI) or the number at the bottom of the front page of the 1040, minus personal exemptions and the itemized or standard deductions. Then, the AMT starts adjusting your income.

The personal exemptions are added back first. This can really hurt large families.

If the standard deduction was taken, it is added back to income.

Medical deductions that were limited by 7.5% of AGI are limited by 10% for the AMT, state income taxes and local property taxes. This really hurts people in high-income tax states such as New York and California.

× Employee business expense deductions, investment fees and tax prep fees are added back. Some of the other add-backs to an individual's AMT income:

Tax-exempt interest on private activity bonds. These are state or local government bonds issued to provide funding for private businesses in the community that would not get funding otherwise. They support the economic development of the community, but the interest gets added back to AMT income.

Depreciation expense preferences and adjustments. AMT uses a method to compute depreciation that is less accelerated than the regular tax method. This is a timing difference that becomes a deduction from AMT in the later years of an asset's life.

Incentive stock options. When the fair market value of an exercised stock option exceeds the price paid, the difference is added to AMT income. When a person immediately sells the exercised stock, the gain goes into regular taxable income and this adjustment goes away. But, those individuals who try to hang on to the stock for further appreciation and long-term gain treatment can be left with an alternative minimum tax without the cash to pay it.

The high tax on marijuana 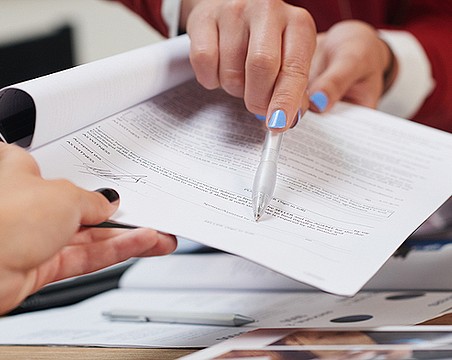 It’s time to dust off those partnership agreements

A new alternative on the way? 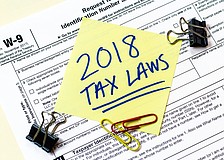 Impact of Tax Reform for Businesses